HTC and Tata Docomo partnered to provide special offers on the new HTC One dual-SIM and more models. The HTC One Dual-SIM offers expandable storage and has removable back panel.

HTC India has entered into a strategic partnership with Tata Docomo to introduce the dual-SIM version of the HTC One smartphone. HTC along with Tata Docomo will introduce more smartphones at different price points in coming five months. The new HTC One dual-SIM smartphone arrives with removable back cover which was not possible with the single SIM HTC One model. HTC India will offer the HTC One Dual-SIM model at a market operating price of Rs 53,590 in Glacial Silver and Stealth Black colours. As part of this partnership, the Tata Docomo subscribers will be getting special offers for Prepay and Postpay customers.

HTC One Dual-SIM packs similar features as the HTC One single SIM version. The HTC One Dual-SIM model has a 4.7-inch touchscreen display with 1920×1080 pixel resolution. HTC has powered this smartphone with a 1.7 GHz Qualcomm Snapdragon 600 mobile processor and Adreno 320 graphics chip. Packing 2 GB RAM, the HTC One Dual-SIM version will run HTC Sense 5.5 user interface on top of the Android 4.1.2 Jelly Bean update.

HTC One Dual-SIM has a 4 megapixel UltraPixel camera with HTC ImageSense chip for great quality photos and imaging. This camera allows shooting HD videos and capture images simultaneously. The camera can record full 1080p HD videos as well. There is a 2.1 megapixel camera in the front which is also capable of full HD videos and HDR functionality. 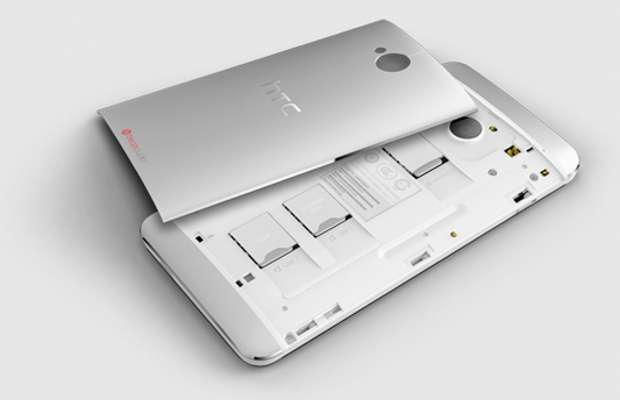 HTC has offered 32 GB on-board storage on this dual-SIM smartphone besides a memory card slot to further expand its storage capacity to up to 64 GB. One of the SIM slots can support 2G network SIM while the other can support 3G network SIM. The HTC One Dual-SIM also packs in NFC, Bluetooth 4.0, MHL, Stereo FM with RDS, and GPS with A-GPS & GLONASS support.

HTC Sense 5.5 UI update brings the BlinkFeed that transforms the home screen of the user into live stream of personalised web content snippets and social network updates. The fresh content is aggregated from user’s choice of topics. The HTC Video Highlights feature allows the users to engage into high resolution photography.

HTC has packed a non-removable 2300 mAh battery to power the HTC One Dual-SIM. Tata Docomo has also announced special offers to its CDMA and GSM customers.