HTC First, the first Facebook user interface bearing smartphone which was launched in April this year year, is set to hit India soon. Along with that HTC One SV, which was launched last year and was speculated to not to be launched in India at all, is also coming to India. Both the smartphones are listed on Infibeam which though has not revealed their prices yet.

The HTC First smartphone features a 4.3-inch touchscreen display with 720p HD resolution natively. This smartphone houses a 1.4 GHz dual-core Qualcomm Snapdragon S4 MSM8960 processor along with 1 GB RAM. The phone features a 5 megapixel modest camera at the back and a 1.6 megapixel front facing camera. There will be 16 GB of Internal memory but has no memory card slot for expandable storage. The phone will offer WiFi as well as Bluetooth 4.0 along with NFC and 4G network connectivity.

As per the listing, HTC One SV will come to India with a 4.3 inch Super LCD 2 display with Corning Gorilla Glass 2 coating. The display has 480×800 pixels resolution. The 122 grams weighing One SV is 9.20 mm thick despite having a 1800 mAh battery. The smartphone is expected to come with the latest Android 4.1 Jelly Bean operating system. The One SV runs on the 1.2 GHz Qualcomm S4 dual core processor and 1 GB RAM. 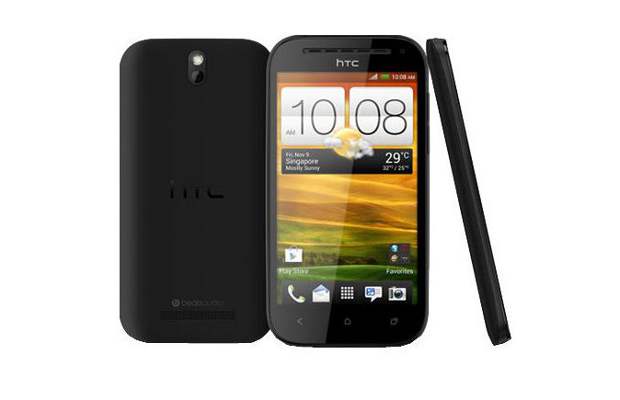