HTC Desire 816G dual SIM is priced at Rs 18,990 while the Desire 820 and Desire 820q in dual SIM version will hit the market in coming festive season.

HTC has announced three new smartphones for the Indian market â€“ Desire 816G, Desire 820, and Desire 820Q. The HTC 820 and 820Q are 4G smartphones while the Desire 816G comes with 3G connectivity. All the three devices come in dual SIM version. The HTC Desire 816G will be available through out India at Rs 18,990 while the rest two will hit the market during the coming festive season; however, HTC has not announced their price yet.

The HTC Desire 816G comes with a 5.5 inch display with HD resolution. It has a 1.3 GHz quad core processor, 8 GB internal storage, 1 GB DDR3 RAM, and 32 GB micro SD card slot. The phone comes with Android operating system (version not known but it is expected to have the KitKat version) with HTC Sense user interface and the BlinkFeed that presents social feeds and news in a tile format. 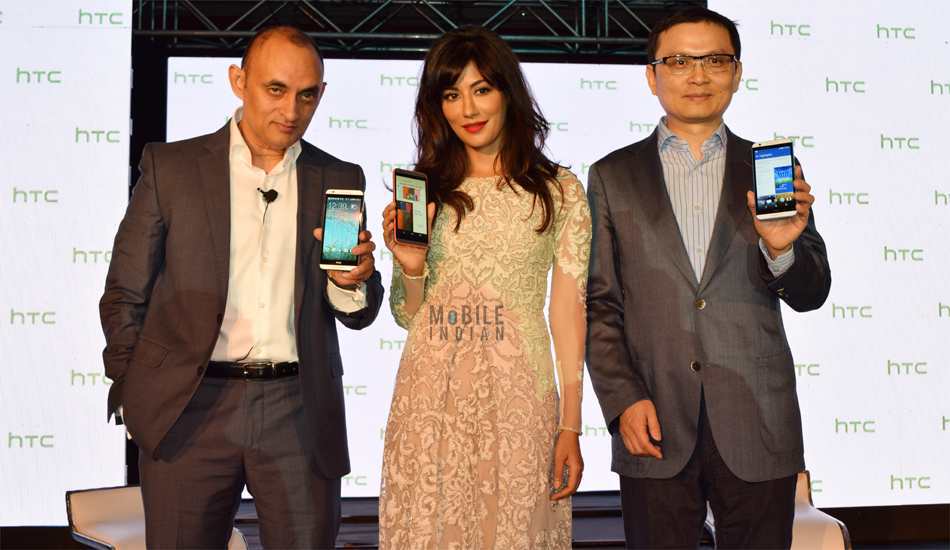 The Desire 816G has a 13 megapixel rear camera with BSI sensor, f2.2 apreture and it can capture full HD videos. In its front lies a 5 megapixel camera with BSI sensor and it too can capture full HD videos. The phone is armed with HTC Zoe feature as well. Also, the phone is loaded with HTC’s iconic dual front speakers and HTC BoomSound for better audio output.

The HTC Desire 820 has the 64 bit Snapdragon 615 octa core processor and comes with huge 2 GB RAM, 16 GB internal storage and a micro SD card slot that can accommodate a card of up to 128 GB. It too has a 5.5 inch display with HD resolution and Corning Gorilla Glass 3 protection. The Desire 820 has a 13 megapixel rear camera with BSI sensor and f2.2 apreture and it can capture full HD videos. In the front it has an 8 megapixel camera. Notably, the HTC Desire 820 comes with 4G connectivity apart from the regular Bluetooth 4.0, WiFi, DLNA, GPS, and micro USB 2.0 port. It too has a 2600 mAh battery despite weighing just 155 grams.

The HTC Desire 820q is a stripped down version of the former but is still quite powerful as it has a quad core processor, 16 GB ROM, 1 GB DDR2 RAM, and 128 GB micro SD card slot. It too has Android OS with HTC Sense and Blinkfeed UI. The Desire 820q comes with 13 megapixel rear camera and an 8 megapixel front camera, both comes with BSI sensor and can capture full HD videos.