HTC introduced Desire 816 with 5.5-inch HD Display and the Desire 610 with a glossy body.

HTC has introduced two new mid-range smartphones – Desire 816 and Desire 610 – at the on-going Mobile World Congress 2014 in Barcelona, Spain. The new HTC Desire 816 is expected to be offered in the mid-range segment while the Desire 610 would be an affordable handset. The new Desire 816 is the same Desire 8 as reported previously by The Mobile Indian.

Both models sport the HTC One family design features with modern colours and quality materials. These new Desire series models will offer support for the 4G LTE networks in select regions and back up with HSPA+ that promises theoretical speeds of 42 Mbps in rest of the markets.

It comes with One series design and indeed looks splendid in it. This smartphone features a 5.5-inch LCD display packing 1280×720 pixel resolution. HTC powers this device with a quad-core 1.6 Ghz Qualcomm Snapdragon 400 mobile processor, 1.5 GB RAM and 8 GB on-board storage. Its memory card slot can support up to 64 GB micro SD card. 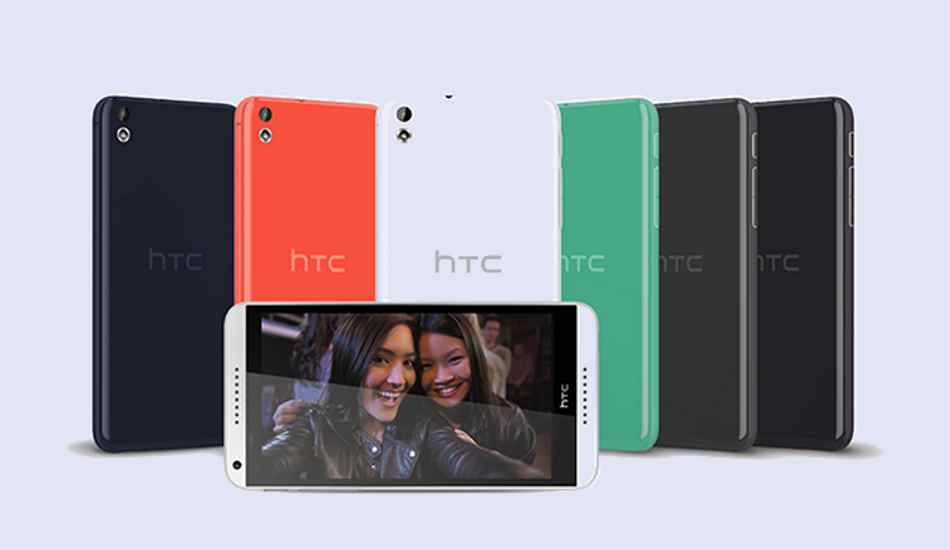 At the rear, the Desire 816 places a 13 megapixel camera with LED Flash and autofocus. This camera module is placed at the top left corner at the back of the phone. In the front lies a wide-angle high quality 5 megapixel front-facing camera. Measuring 7.99 mm thick, the Desire 816 also offers Bluetooth 4.0 with aptX support and faster mobile internet experience on WiFi networks. HTC has packed a non-removable 2600 mAh battery to power this smartphone. HTC Desire 816 is introduced to compete strongly against the freshly announced Samsung Galaxy Grand 2.

Designed somewhat similar to the Desire 816, this mid-range device offers a glossy back. HTC has used a 4.7-inch display with 960×540 pixel resolution. The Desire 610 is powered by a quad-core 1.2 Ghz Qualcomm Snapdragon 400 mobile processor coupled with 1 GB RAM offers 8 GB on-board storage. The Desire 600 is 9.6 mm thick and packs memory card slot to hold up to 64 GB micro SD card. HTC has placed an 8 megapixel camera and an LED flash at its back. In its front lies a 1.3 megapixel camera for video calls. The Desire 610 packs a modest 2040 mAh battery. 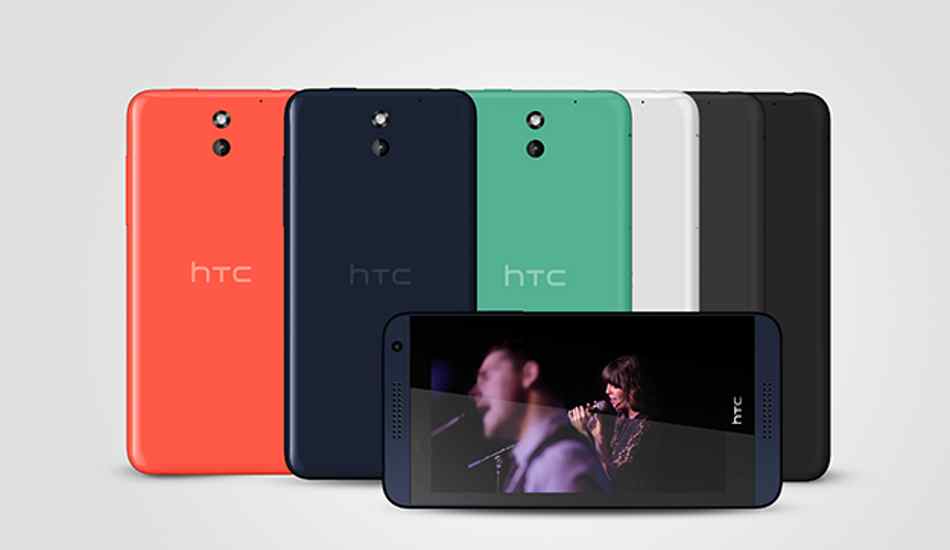 HTC has introduced both BlinkFeed and BoomSound features in the new Desire series devices. However, only Desire 816 gets the HTC Zoe imaging feature. Both Desire smartphones will run HTC Sense 5.5 update.

HTC plans to make the Desire 816 available from next month in China while the Desire 610 is expected to arrive in May starting from Europe region.