HTC 10 flagship smartphone to be unveiled today, coming to India as well

HTC will hold events in New York, Delhi and Taipei simultaneously to unveil the smartphone.

It is official now. HTC’s this year’s flagship smartphone is set to be launched today. The confirmation came from HTC itself which has announced this through its India Twitter handle.

“We admit it. We’re obsessed..but in good way,” HTC tweeted with hashtag “#powerof10. The tweet further added, :See what we’re obsessed about on April 12.”

HTC will hold events in New York, Delhi and Taipei simultaneously to unveil the smartphone. As per the teaser, the upcoming smartphone will be unveiled on April 12 at 6:30 PM in Delhi. However, there is some confusion about the name of the device; while some expect it to be named as HTC 10 others expecting it to be called as HTC One M10. 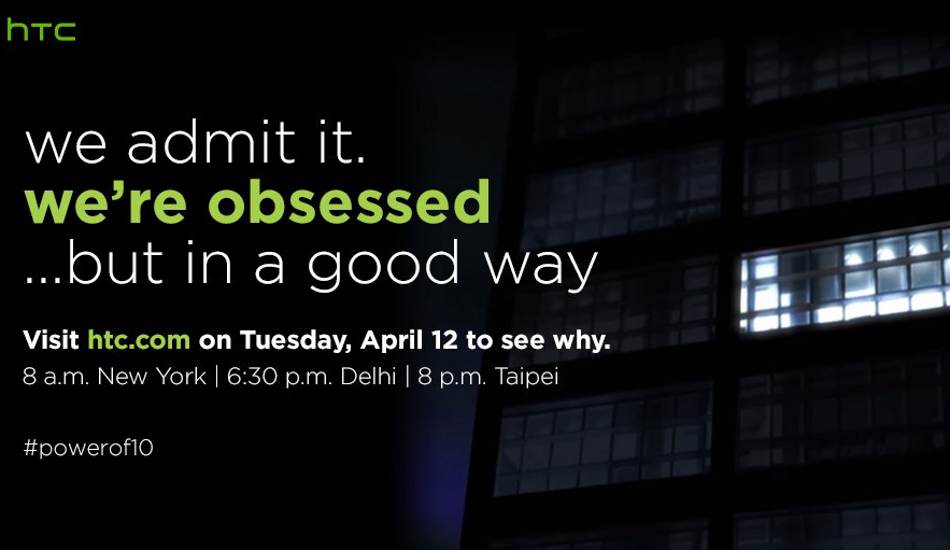 HTC teasing the upcoming smartphone for sometime now. Few days back, HTC India had created a webpage with a message: “Powerof10 – Get your hands on the power of 10, Coming Soon from HTC”.

As per reports, the upcoming smartphone will have a metal unibody and a 5.2 inch QHD (1440x2560p) display. The smartphone is expected come in two CPU variants: Qualcomm 820 for EU and US markets and a MediaTek variant for China and South-East Asia, which will be clubbed with 4GB of RAM and Adreno 530 GPU. The HTC 10 would run on Android 6.0.1 Marshmallow operating system with upcoming HTC Sense 8.0 user interface on top of it (currently HTC offers Sense 7 UI).

Further, reports suggest that the upcoming smartphone will have a 3000 mAh battery with QuickCharge technology and dual front-facing Boom Sound speakers. It is also said to be a water resistant device. It is also expected to come with a fingerprint scanner and USB Type-C port.