How To Use Microsoft Word's New Record & Transcribe feature

Microsoft recently revealed a new Transcribe feature on its Office website which can be used to transcribe pre-recorded audio files or even an ongoing conversation.

Microsoft is constantly adding new features to its Office 365 apps. Another feature added by Microsoft is the Transcribe feature in Word.

Microsoft Word on Web can now transcribe an ongoing conversation or a pre-recorded audio file. The feature is developed by keeping in mind about how useful it can be for students, reporters, entrepreneurs etc. It is available for all Office365 users. Currently, the feature is only available on the web version of Word and Microsoft is looking forward to bringing the feature on the Word app on Apple and Android by the end of the year.

The only supported language as of now is English but Microsoft says that more languages will be added in the future. The file upload size is limited to 200Mb. Currently, the audio formats supported are limited to .wav, .mp4, .m4a, .mp3 formats. The feature is available to users of Google Chrome and Microsoft Edge. Let's take a look at how to use the feature.

Go to Microsoft Word, then click on the Mic icon on the right in the toolbar. 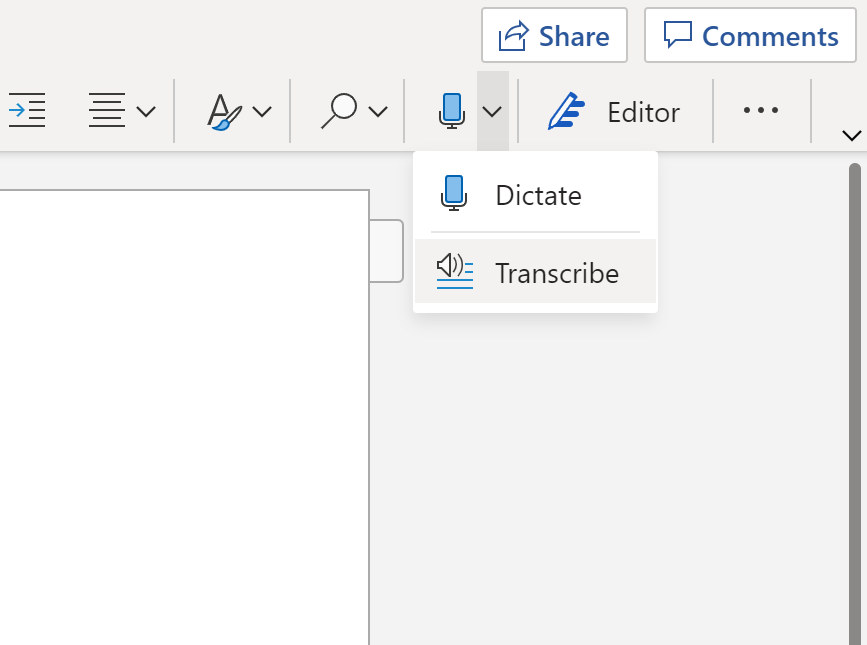 Next, click on the drop down arrow and then select Transcribe. 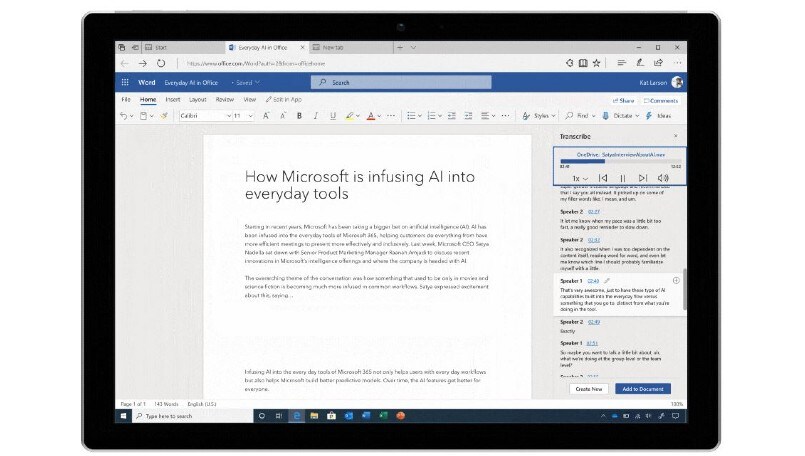 Now select your audio file from the file picker. Keep the transcribe pane opened until the process is completed.