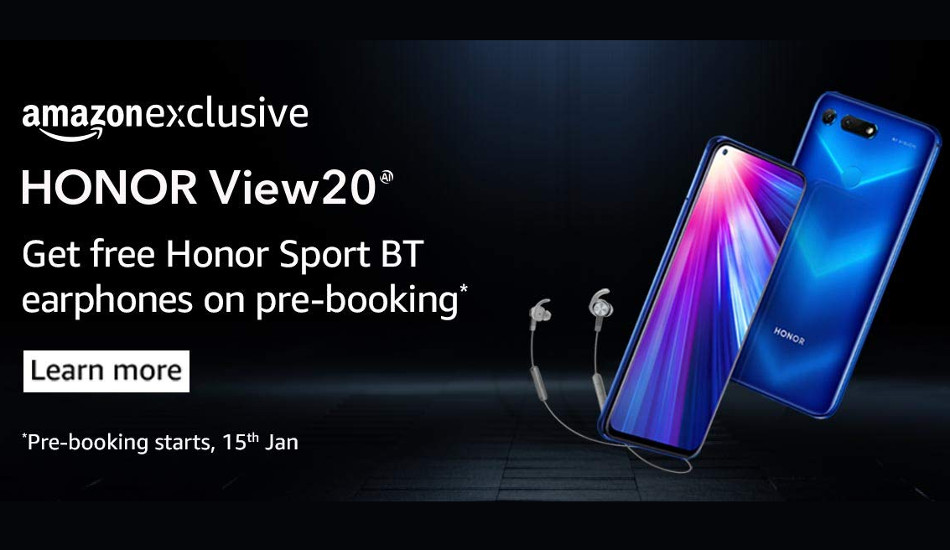 The Honor View 20 will be launched as an international variant of the Honor V20 which got official in China in December.

The company is offering free Honor Sport BT earphones to all customers that pre-book the device. Interested customers can select ‘Notify Me’ option on the e-commerce website after which they will be notified about all the updates related to the launch, availability, pricing, offers and more.

The Honor View 20 will be the first smartphone in the world to incorporate Sony’s latest 48MP IMX586 sensor. The primary sensor comes with an f/1.8 aperture, autofocus, AI HDR, and LED flash support. There’s a secondary 3D Time of Flight (ToF) sensor for 3D applications and mapping of objects. For the front panel, there an AI-powered 25-megapixel sensor with f/2.0 aperture and fixed focus support. The front camera has a diameter of 4.5mm and is placed under the display at the top-left corner.