Huawei’s subsidiary Honor has rolled out invitations for a product launch at the IFA press event on August 30th. The company is expected to launch the much in leaks Honor Note 10 at the event.

Meanwhile, a Weibo post by the Honor has now confirmed that the company will be launching Note 10 in Beijing, China on July 31. So Honor is now confirmed to launch the Note 10 at the IFA event on August 30 in Berlin with China launching it a month before. 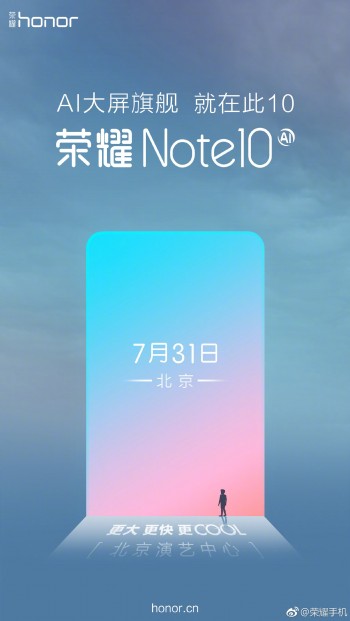 The invite for the IFA event however only says “crazy fast, crazy smart, a new product launch”, without revealing the name of the device. But the Weibo post has now confirmed that Honor Note 10 will be launched at the event.

Recollecting some key specs, Honor Note 10 will feature a 6.9-inch AMOLED display with 2K screen resolution. The phone will be powered by the company’s own Kirin 970 processor and it comes loaded with the recently-launched GPU Turbo technology.