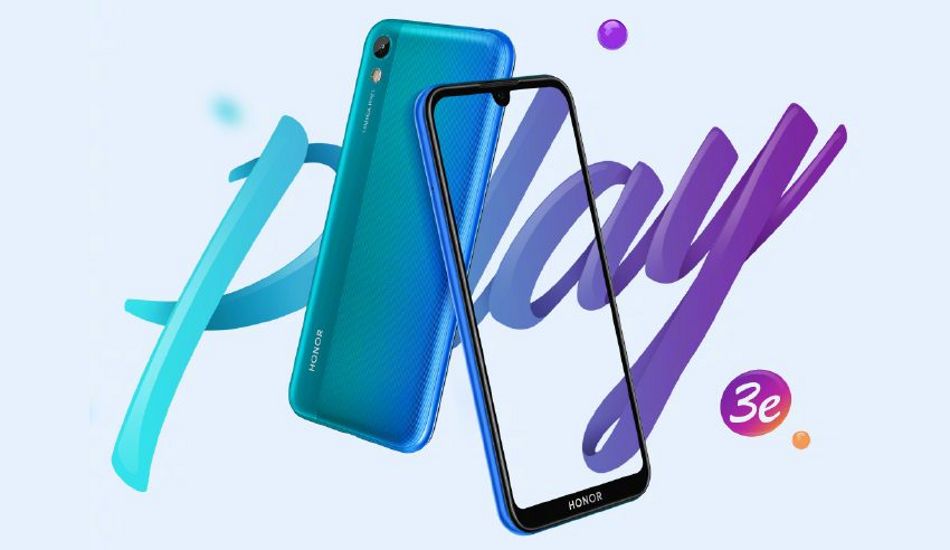 Honor Play 3e runs on the EMUI 9.1 based on Android Pie out-of-the-box.

The Honor Play 3e features a 5.71-inch display with 1520 x 720 pixels screen resolution and a 19:9 aspect ratio. It is powered by octa-core Mediatek Helio P22 SoC processor coupled with up to 3GB of RAM and 64GB internal memory. The storage can be expanded by up to 512GB via microSD slot.

For the camera, the phone has a single 13-megapixel rear camera with f/1.8 aperture and a 5-megapixel front-facing selfie camera with f/2.2 aperture. It runs on the EMUI 9.1 based on Android Pie out-of-the-box.

On the battery front, the phone is fueled by a 3,020mAh battery. It doesn’t have a fingerprint sensor and comes only with face unlock. The connectivity features on the phone includes 4G VoLTE, Bluetooth 4.2, WiFi 802.11 b/g/n, GPS, GLONASS,3.5mm audio jack, dual-SIM and micro USB port.