Honor Note 10 found listed on retail website ahead of launch 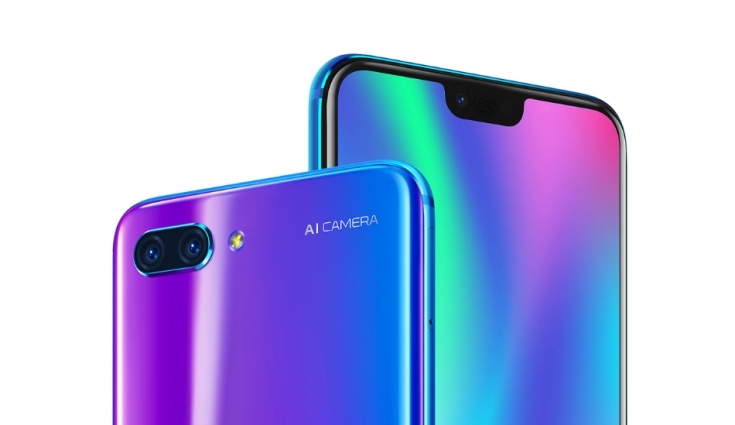 The listing, however, does not reveal anything new but it has confirmed that the phone will have thin bezels and a notch-less display.

Huawei’s subsidiary Honor is all set to launch Note 10 in Beijing, China on July 31. Recently, the phone was spotted on TENAA certification website revealing the major specifications of the phone. And now, the Honor Note 10 has been listed on a Chinese retail website.

The handset is now available on pre-sale at Jingdong Mall in China revealing its front side. The listing, however, does not reveal anything new but it has confirmed that the phone will have thin bezels and a notch-less display. The phone is listed with price 9998 Yuan which seems to be fake. 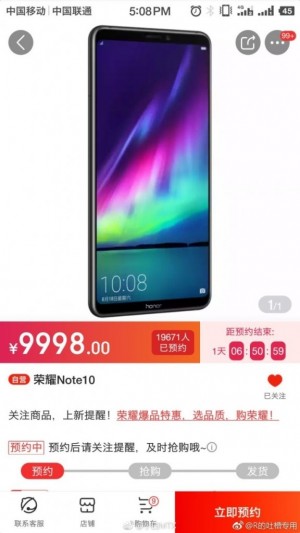 As per the TENAA listing, the Honor Note 10 feature a huge 6.95-inch Full HD+ AMOLED display with a resolution of 2220 x 1080 pixels and an aspect ratio of 18:9:5. The handset is fueled by an octa-core processor that clocks at 2.4 GHz processor. It will come with 6GB/8GB of RAM and internal storage of 64GB/128GB/512GB storage. All the variants have a microSD card slot.

The TENAA listing reveals the dual camera setup of the 24-megapixel and 16-megapixel sensors. The phone is listed with 13-megapixel front-facing camera. In terms of software, the Honor Note 10 will be shipping with the Android 8.1 Oreo operating system out of the box. It will be backed up by 4900mAh battery. The phone measures 177 x 85 x 7.65mm and 230 grams, as per the listing.