The 9 Lite is said to come with four cameras and it runs on Android 8.0.0 Oreo operating system.

Honor is all set to hold an event on December 21 in China where the company will be unveiling Honor 9 Lite smartphone. This has been confirmed as Honor has already sent the media invites for the launch event, PlayfulDroid reports.

The invitation features a pair of glasses and some texts that contain information related to AI. The invite hints at the existence of artificial intelligence technologies in Honor 9 Lite. 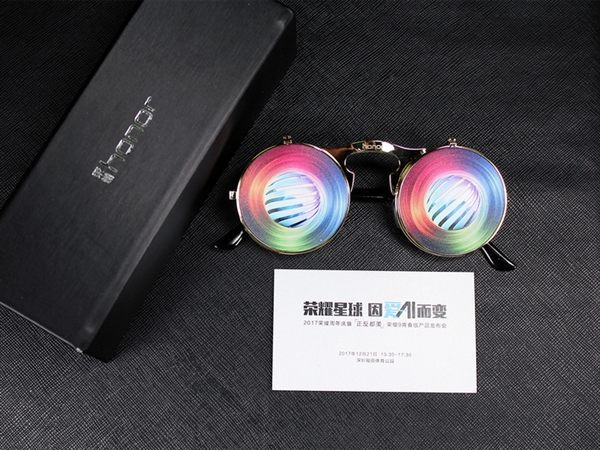 Yesterday, the Honor 9 Lite was spotted on TENAA certification website by the name of Huawei LDD-xxx revealing only images. Now the device has surfaced once again on TENAA with full specifications.

As per the listing, Honor 9 Lite features a 5.65-inch full-screen display with 2160 x 1080 pixel resolution. It is powered by a 2.36 GHz octa-core processor which is coupled with 3GB/4GB RAM. It offers 32GB/64GB of internal storage and 256GB expandable storage via a micro SD card. The TENAA listing mentions that the device will be featuring four cameras – two rear and two front. For both front and the rear, Honor 9 Lite will be featuring 13-megapixel and 2-megapixel dual cameras.

The dual SIM phone runs on Android 8.0.0 Oreo operating system and is fueled by 2900 mAh battery. Connectivity options of the smartphone include 4G-LTE with VoLTE, Bluetooth, WiFi, GPS/A-GPS and a micro USB port. The dimensions of the phone are 151 x 71.9 x 7.6 mm and it weighs 149 g. The device is listed in Black, white, blue and gray colour options. The phone has Gravity sensor, distance sensor, light sensor as per the listing.

As far as the pricing of Honor 9 Lite is concerned, the device will be priced at 1,299 Yuan for the 3GB RAM variant and 1,599 Yuan for the 4GB variant.