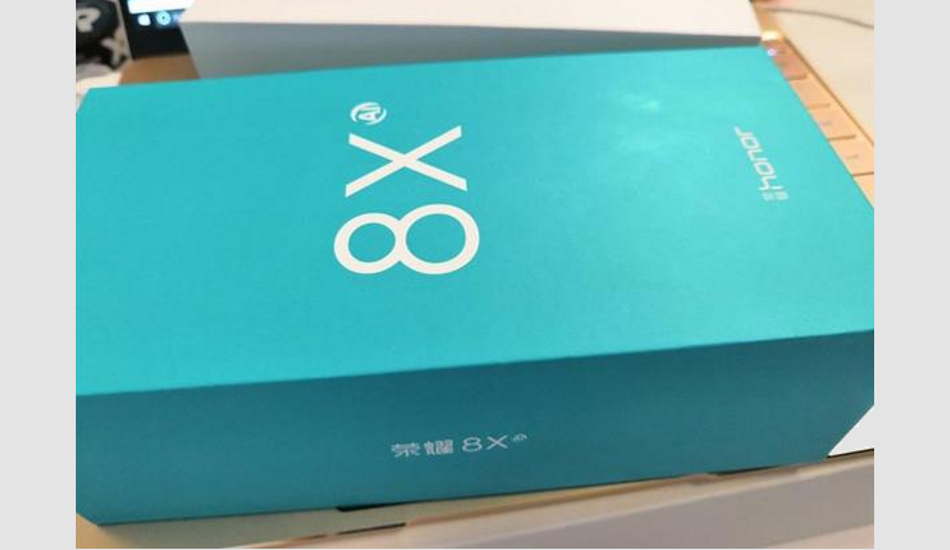 The Honor 8X will be the successor to the Honor 7X which was launched last year.

A retail box of Honor 8X has been leaked online. The smartphone was earlier spotted on Chinese regulatory platform TENAA with the model number Honor ARE-AL00. It will be the successor ofHonor 7X which was launched last year for Rs 12,999.

The retail box in light blue colour was first spotted by PCPOP via GizmoChina and it has 8X written on it. An AI branding can also be seen beside it which is circled at the end. This hints that the Honor 8X will have artificial intelligence.

Meanwhile, Honor has now shared a teaser on its Weibo (Chinese microblogging website) handle for the upcoming Honor 8X smartphone. The teaser has confirmed the existence of the Honor 8X and hints that the smartphone will be launched soon. 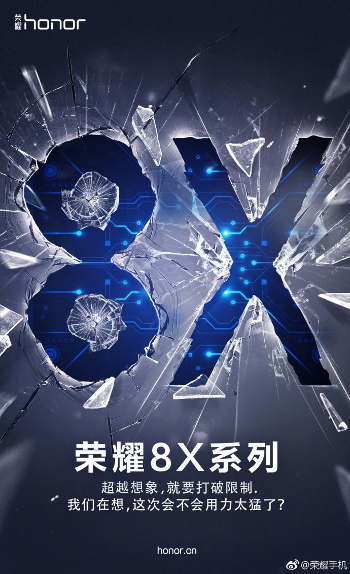 The teaser, however, does not mention the launch date of the phone, it just shows the phone name with a broken ice panel. It comes with a caption “breaking the limit” which could hint at its big screen size [UPDATE].

The Honor 8X will have a massive 4,900mAh battery. It will have a 4GB of RAM, internal storage of 64GB and a microSD card slot for expandable storage. For the camera, it will have a dual rear camera of 16-megapixel, secondary 2-megapixel sensor and an 8-megapixel front camera. It will run on Android 8.1 Oreo with Huawei’s EMUI 8.