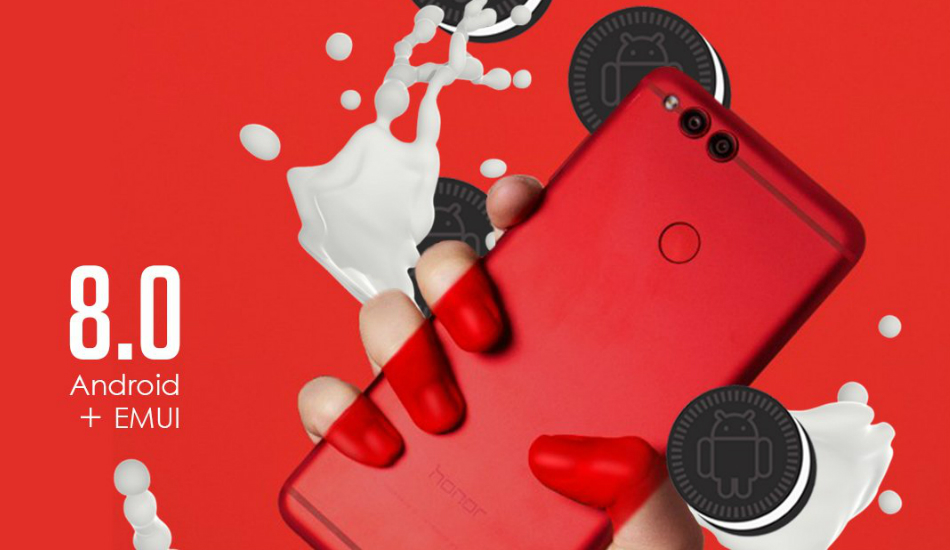 The latest version of Android will be accompanied by Huawei’s very own EMUI 8.0 on top with Face Unlock and new user interface.

Chinese smartphones manufacturer Huawei has announced that its best budget smartphone is getting a huge upgrade as it starts gearing to release Android 8.0 Oreo to its users. According to Honor’s twitter account for the US, the Honor 7X is getting the Android Oreo update starting April 30, which is today, adding a slew of new features on the firmware side of the smartphone.

Over a month after Honor started enrolling testers for its Android Oreo Beta, the Huawei sister brand will start rolling out the update for its US users before the same makes its way to India. Apart from the features packed inside Android Oreo, the Honor 7X is also getting the newest EMUI 8.0 interface, which is Huawei’s skin on top of regular Android.

Aside from Google’s additions like the Autofill API and picture-in-picture mode, the Honor 7X will also welcome a new face unlock feature that seems to be the norm these days. There’s a new floating navigation dock that allows users to make use of their device from anywhere on the screen. The update also redesigns the Settings menu and the phone manager and brings quick shortcut menus from app icons in the homescreen itself.

Other EMUI 8.0 features include the ability to link up to two devices on Bluetooth and a new way to delete pictures and videos from the default gallery app. Huawei brought the EMUI 8.0 for the first time on its Mate 10 flagship to work alongside its own Kirin 970 chipset. There’s a much newer version of the same that has been seen running on the newest Huawei P20 and P20 Pro that comes shipped with EMUI 8.1 alongside Android 8.1. Nevertheless, it’s a step forward for the development of Honor 7X, considering many smartphones of yesteryear haven’t been updated to Google’s latest interface even till now.

Honor President, George Zhao said “The latest EMUI 8.0 upgrade once again demonstrates our commitment to delivering innovative mobile technologies and exceptional value to users worldwide. As a global leader, we continue to combine state-of-the-art technology with affordability, so everyone can have a productive, entertaining and fun lifestyle”.