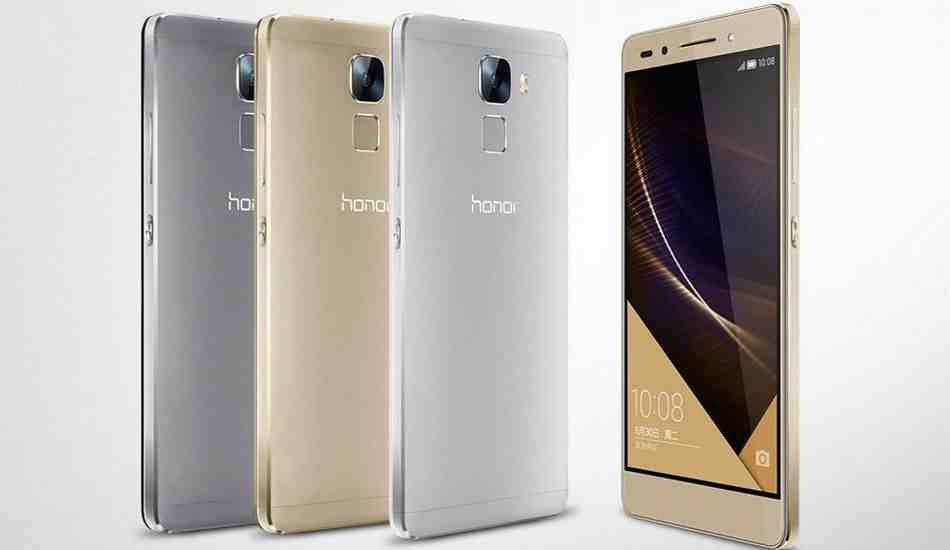 The Honor 7 comes with SOS feature which can be activated by pressing the power button and shaking the phone as well as other combination of buttons. 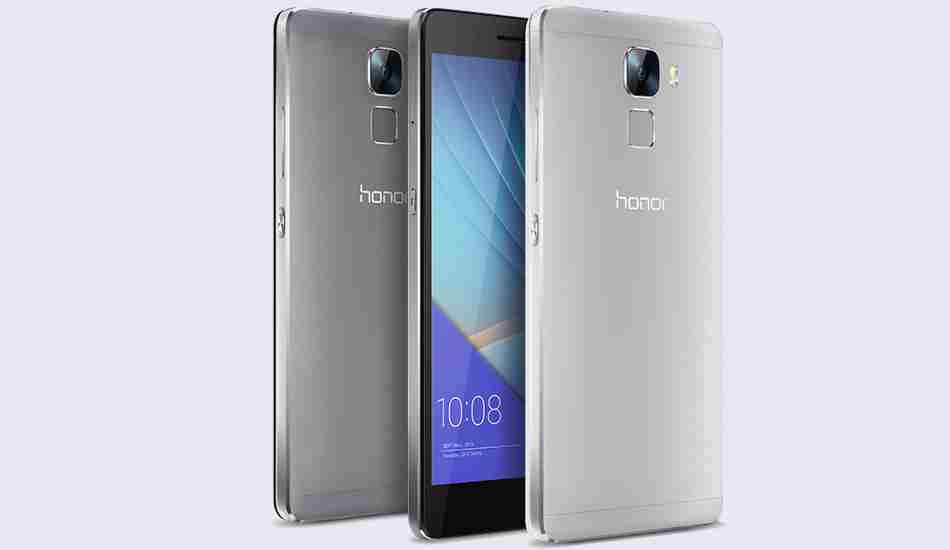 The phone comes equipped with an intuitive fingerprint scanner which apart from the standard unlock function, can also register gestures, launch the camera and even take photos.

“The reader also supports intuitive gesture control that enables users to do everything from answering calls to take photos to check notifications. The fingerprint technology integrates dual hardware security defense systems, protecting your private data through the safe, app lock and visitor mode. It provides a solution that requires a smaller fingerprint touch area and screen unlock within shortest time span of 0.5 seconds. It allows the user to swipe down on the fingerprint sensor to open the notification panel and double-touch on the fingerprint sensor to dismiss all notifications,” the company said in a press release.

The Honor 7 also comes with SOS feature which can be activated by pressing the power button and shaking the phone as well as other combination of buttons. This feature will also be made available in the first batch of Honor 7, revealed the company. 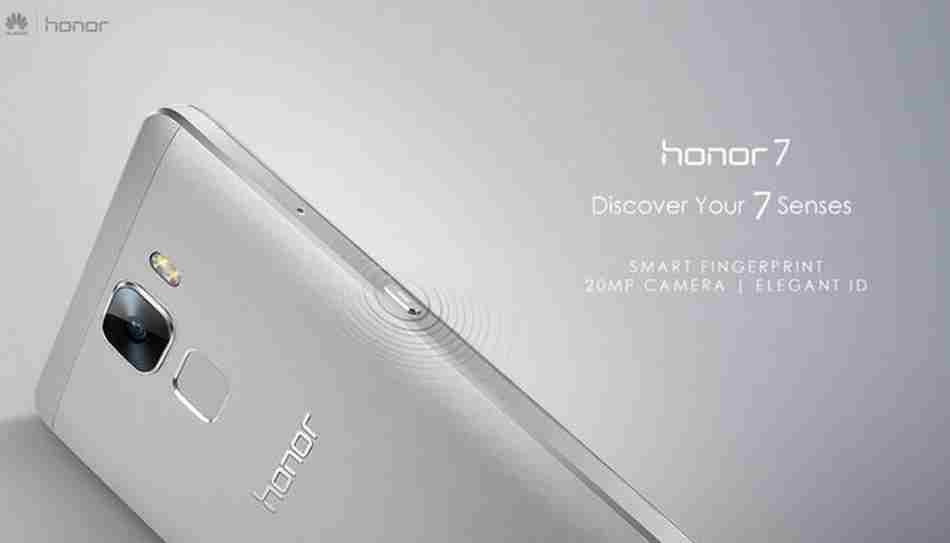 The Honor 7 comes in a full metallic body which is air-brushed with a ceramic coating, offering a premium finish. The device has a 5.2-inch display with full high definition resolution and it comes preinstalled with Android 5.0 Lollipop operating system with Huawei’s Emotion 3.1 user interface on top of it. Huawei has also announced to roll out the Android 6.0 Marshmallow for the Honor 7 in 2016 (the beta mode will come in January while the stable version will be rolled out in February).

The Honor 7 has the Kirin 935 chipset that has a 64-bit octa core processor with maximum clock speed of 2.2GHz. Plus it has 3GB RAM and comes in 16 GB and 64 GB internal storage variants. Both the variants have an expandable storage slot of 128 GB capacity.

The Honor 7 has Huaweiâ€™s Signal+ technology and a smart dual-antenna design which as per the company “allows for the networks with stronger signals to be found at 80-times the average speed of similar devices”.

The Huawei Honor 7 has 20 megapixel rear camera with f/2.0 aperture and Sony sensor. As per the company, this camera has 0.1 second autofocus ability. For selfies, it offers an 8 megapixel front snapper.

The phone comes with a nano SIM card slot and has Bluetooth 4.1, WiFi (b/g/n), GPS with A-GPS and GLONASS, OTG and micro USB 2.0 port.