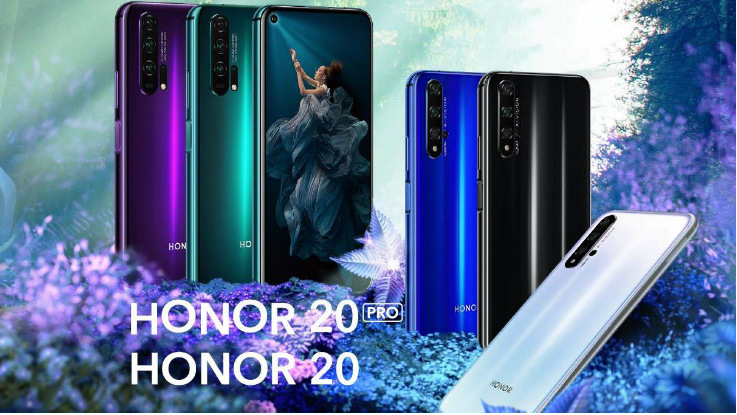 The company has introduced Honor 20 and Honor 20 Pro smartphones with a quad-camera setup.

Both the smartphones from Honor comes loaded with a gradient finish that the company claims are designed with the new Mesh technology and are loaded with four cameras at the back panel along with a punch-hole design at the front. The smartphones are equipped with a side-mounted fingerprint sensor, which the brand claims unlock the phone in just 0.3 seconds. The Honor 20 Pro is available in Phantom Blue and Phantom Black colour options. The Honor 20 is available in Sapphire Blue, Midnight Black and White colour options. The company has introduced Honor 20 Pro Moschino Edition as well. 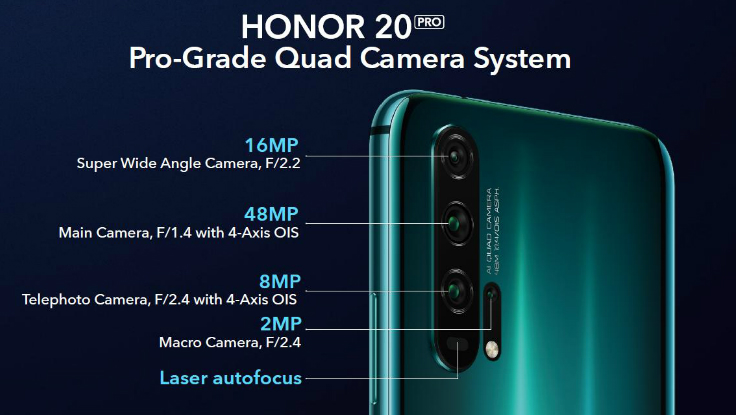 The Honor 20 also features a similar camera configuration at the back panel as seen in Honor 20 Pro. However, the Honor 20 Pro makes use of a 2MP depth sensor instead of an 8-megapixel telephoto lens. For the front, the company has added a 32-megapixel selfie camera, which is placed in a punch-hole design.

The smartphones are equipped with a 6.26-inch Full HD+ All View display with a screen resolution of 2340 x 1080 pixels. Both of them are powered by the latest Kirin 980 chipset. The Honor 20 series is available with up to 8GB of RAM and up to 256GB of internal storage. The Honor 20 Pro is equipped with Graphene cooling sheet technology, which comes with 27 per cent increased heat management. The smartphone also supports GPU Turbo 3.0 with frame by frame optimisations.