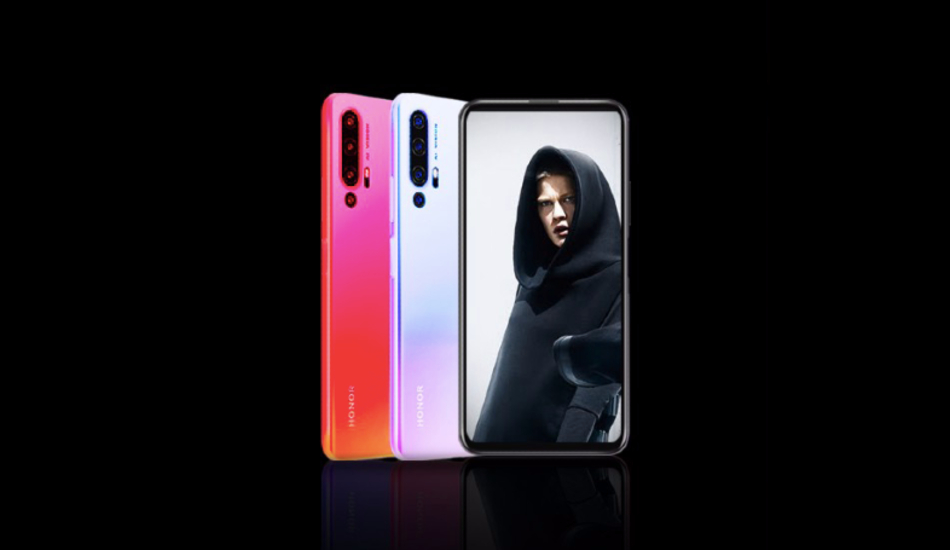 The design on the Honor 20 and Honor 20 Pro seems to have been made possible due to the company’s new Triple 3D Mesh process which adds several layers of glass with different colours and coatings and is fused into one to give a 3D effect to the rear side, reports Android Authority.

As a means to keep up with the hype, Honor has been leaking a lot of information about its upcoming Honor 20 and Honor 20 Pro smartphones in the form of camera details and picture leaks. The company has now posted a teaser officially, revealing one more key information about the upcoming series.

A teaser has been uploaded by Honor through its official handle on YouTube which doesn’t reveal the phone itself but detail what we think is a Dynamic Holographic at the back glass panel.

The design seems to have been made possible due to the company’s new Triple 3D Mesh process which adds several layers of glass with different colours and coatings and is fused into one to give a 3D effect to the rear side, reports Android Authority.

To explain in detail, Honor will first embed a depth layer which will contain “millions of miniature prisms that resemble pieces of diamonds”. This will later be covered with a layer of glass and then another later with the primary colour of the phone.

Honor has also gone on to claim that the new 3D curved glass surface will be resistant to smudges through fingerprint, so it looks clean on all times. In addition to the curved glass and 3D holographic design, the Honor 20 duo are expected to be built inside an aluminium frame.

Another thing that has been revealed is that one of the upcoming phones will come with a 6.26-inch display with a 4.5mm thick hole punch. Both of these combined will give users a screen real estate that has a screen-to-body ratio of 91.6percent. While there won’t be an in-display scanner on the front, Honor is expected to employ a side-mounted fingerprint scanner on the Honor 20 and Honor 20 Pro.

We’ll know more about the phone as we approach the launch date which is set to take place on May 21.