Honor 10 official images leaked in vibrant colors ahead of launch 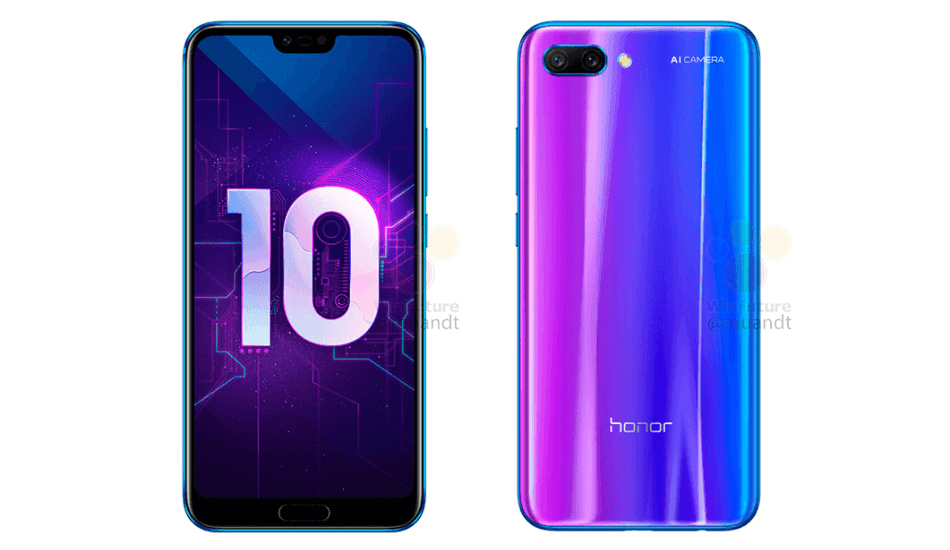 The Honor device will be made available in Black, Teal and a special Pink-Blue dual colour variant after its launch in China later this week.

Huawei’s sister brand Honor is gearing up to release its next flagship which we expect will be called the Honor 10. The device is touted for a launch later this week and with that said, the official photos of the Honor 10 have revealed themselves, giving us a glimpse of a what to look forward to.

Going through the pictures from WinFuture, the Honor 10 features the well popular notch on top of the display while there is a significant bezel at the bottom which houses the fingerprint scanner plus home button. The device features a 5.84-inch FHD+ with a resolution of 2280×1080 pixels all of which donned inside an aluminium frame and curved glass back. 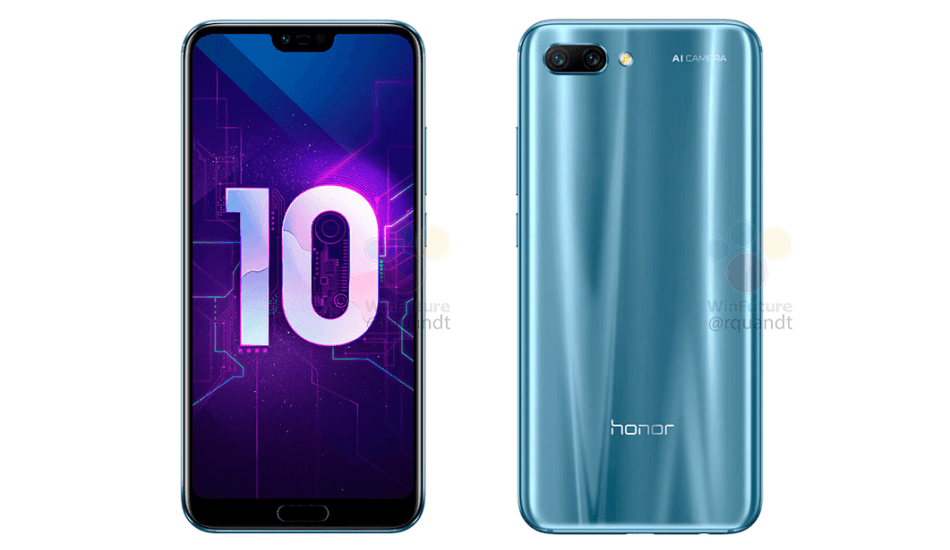 Slated to be the toned down version of the Huawei P20, the Honor 10 looks like a device that’s designed for the posh-most lifestyle. The device will be available in different shades namely Black, Teal and a Pink-Blue fusion which also featured in the Huawei P20 lineup. Once you take your eyes off the gorgeous design at the back, you’ll notice the dual rear cameras that appear to be 20MP + 24MP Leica-made sensors which will make use of AI. There’s also a 24-megapixel front-facing snapper for selfies which is the same as the one on the P20. 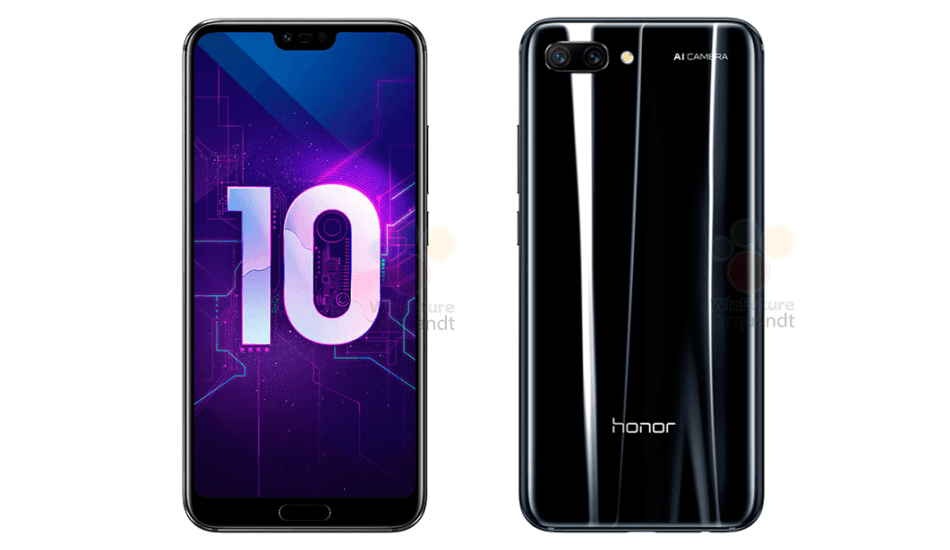 Specifications of the Honor 10 were leaked yesterday through TENAA, as we got to know that the Honor flagship will feature Huawei’s own Kirin 970 chipset that’s clocked to up to 2.4GHz alongside a Neural Processing Unit. The device will be offered in 4GB/6GB RAM variant which will have an onboard storage of up to 128GB. The Honor 10 will run on Android 8.1.0 Oreo with the EMUI skin on top and will be backed up by a 3,320mAh battery.

With high-end specifications and a design that’ll put most of the flagships to shame, the Honor 10 will be launched on April 19 in China.