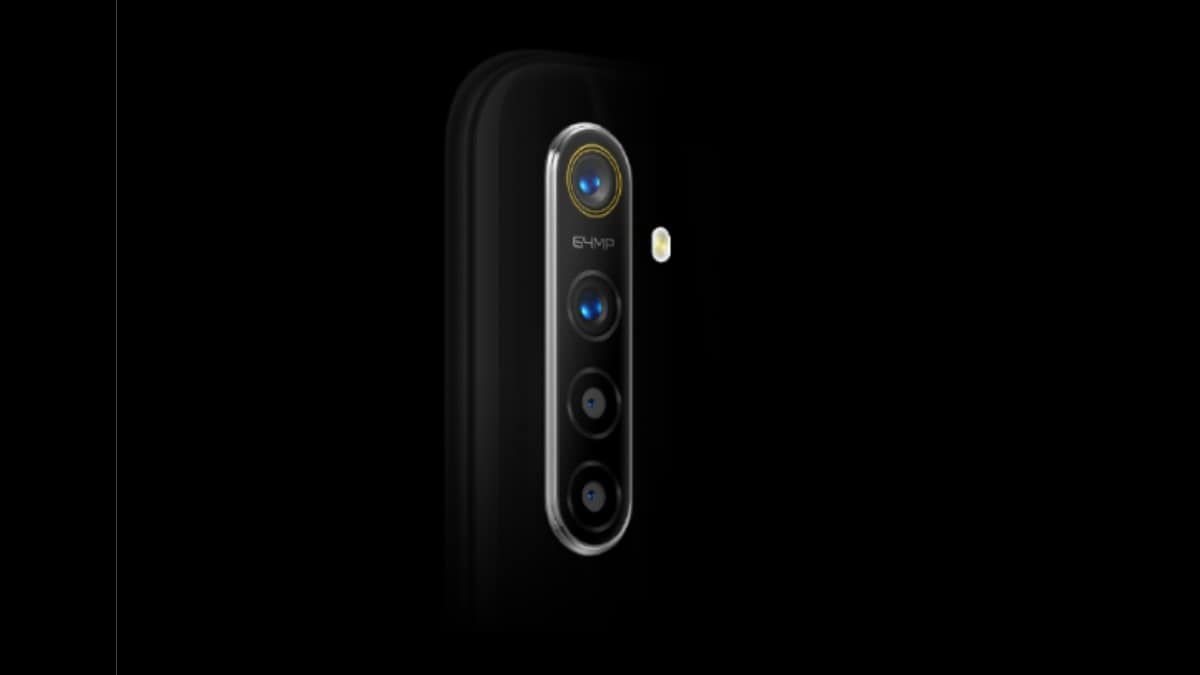 Samsung GW1 image sensor will be larger than that of the current line of 48MP sensors and will use Pixel-merging Tetracell technology to merge 16MP images into one thus providing a 64MP shot.

We already know that the Realme is working on the world’s first smartphone camera with 64-megapixel Samsung GW1 sensor. Now the company has given us a first look of the camera unit of the upcoming smartphone.

Realme has posted a teaser image of the phone on Weibo, the Chinese microblogging website. As per the image, the Realme phone will have quad rear camera setup. The cameras are aligned vertically on the left side of the phone with the flash sitting right next to the camera sensors.

The 64-megapixel GW1 sensor lies on the right on top having yellow rings around it. Further, the post also reveals that users will be able to shoot ultra-high pixel images with a resolution of 9216 x 6912 using the 64-megapixel sensor. The cameras will also have AI features and the phone will launch in China in the second half of this year.

Realme India CEO Madhav Sheth recently confirmed that the company is working on a phone with Samsung’s 64-megapixel ISOCELL GW1 sensor and that it will launch in India in the fourth quarter of 2019. Now the new post on Weibo suggests that the phone will be launched in China in the second half of 2019.

Samsung GW1 image sensor will be larger than that of the current line of 48MP sensors and will use Pixel-merging Tetracell technology to merge 16MP images into one thus providing a 64MP shot. While a standard 48MP camera bins pixel snaps that compare to a 12MP 1.6-micron pixel camera, the 64MP GW1 sensor will bring pixel binning equivalent to a 16MP 1.6-micron pixel shot.

At the moment, the specs of the upcoming Realme phone are scarce. But we expect the company to reveal more information ahead of the official announcement. Keep a tab on this space for more updates on this.