Even as smartphones power along digital dreams for the government and people, the risks from these addictive devices are rising

The smartphone user base in India has crossed 300 million, as shipments grew 18 percent annually in 2016. Considering the tremendous increase in the Smartphone market in India, it is but natural that like other developed markets, issues linked to smartphone usage will make their presence felt here too. In the top segments of consumers, initial reports are already piling up about addicted children, housewives and more.

Mobile phones offer a technologically advanced system of social interaction; however, the dark side of this has been severely affecting the mental, and physical health of people in general.

According to the recent statistics, it is shocking to note that an average person checks their phone 110 times a day, which approximately comes down to a time interval of 13 minutes each. Nomophobia (No-Mobile-Phone-Phobia)- The fear/ anxiety of being away from mobile phone contact- is an alarmingly raising specific phobia in recent times, reports The International Journalism of Indian Psychology. The most affected people are between 18-24 years of age.

The world of technology is soaring so high that virtual seems real, and reality has lost its essence. Paradoxically, the smartphone is making us lose connection within the realms of the physical world with existing beings. People nowadays prefer virtual communication instead of a one-on- one conversations. It also adds to the already widening Generation Gap. Fittingly, the tentacles of smartphones have crossed the boundaries of dinner tables and bathrooms.

Stress and Sleep Disorder:
People addicted to smartphones show withdrawals symptoms such as experiencing nervousness or agitation in the absence of it. A research conducted by the University of Zurich recorded the brain activity of smartphone addicts with an EEG. The scientists found that the participants that had an increased electrical activity in the brain which results in severe stress on the fingers and the mind. Recently, smartphone consumption has been linked to disorders wherein sleep takes a back seat, and gives way to insomnia.

Impairment of Vision:
The small fonts on a smartphone can affect your vision permanently, for your eyes are strained by gazing continuously at the blue light coming out of the smartphone. Reading or using smartphones in the absence of external light further escalates the problem. Furthermore, the way we hold smartphones for long durations strains the wrist.

Text Neck:
Text Neck is a term denoted by doctors or physicians to record the spinal disorder arising out of excess usage of smartphones. People usually tend to bend their necks up to 60 degrees for reading or texting on a smartphone. This posture increases the pressure on the neck. Incessant usage of smartphones bring forth neck pain related to the spine and thereby, can be called spinal disorders. A survey published in Washington Post, wherein around 80 percent of adult users suffer from this text neck pain.

Numb Fingers:
“Smartphone pinky” – a perceived bend in the little finger on one’s dominant hand – may occur is people who use the device for at least six hours a day, the Sydney Morning Herald reported. The bend is said to have been caused by the weight of holding a smartphone with one’s smallest finger at its base. Fingers of smartphone users become numb and produce a tingling sensation due to the overuse of smartphones. Holding the phone places stress from the elbows to the fingers. The hands above elbow experience slower blood circulation and can have long-standing effects. 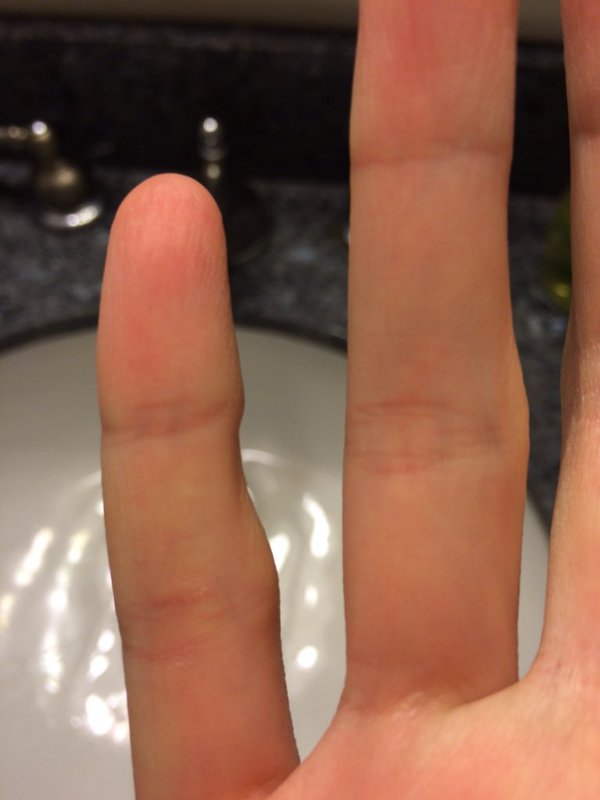 Loss of Focus
Constant ping on WhatsApp or messenger will inevitably divert your focus from your computer screen to your smartphone again, and again. Thus, due to repeated distractions, the goal of completing the work cannot be achieved.

“I Forgot My Phone”, a short film by Actress, Charlene deGuzman features a girl who forgets her phone and discovers that smartphones are preventing people from living in the moment and are killing face-to-face interactions. This indicates that happiness is hindered by the constant use of smartphones. Experts have claimed that “Over-use of smartphones and game devices hampers the balanced development of the brain.” Although smartphone addiction (similar to Internet addiction) is not currently recognised as an official diagnosis, excessive smartphone use may have a profound negative impact on masses.