Not only camera, the Galaxy K zoom's features make it an impressive smartphone too.

A year later, Samsung has now announced a new camera specialised smartphone, the Samsung Galaxy K zoom. The Galaxy K zoom looks like a digital camera with its retractable lens but offers all the features that you would expect in a smartphone. 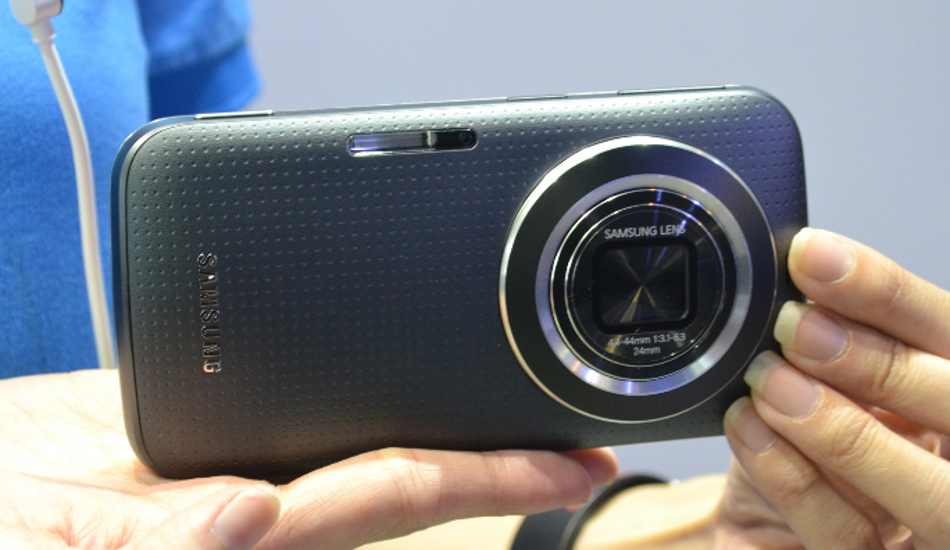 The highlight of Galaxy K zoom is its retracting lens technology that provides 10x optical zoom. Its 20.7 megapixel BSI CMOS sensor comes with Optical Image Stabilizer (OIS) and expected to captures pictures and videos in Full HD. As per Samsung, it can capture crisp and sharp images, even when zoomed and in low light. In addition, the device has a Xenon Flash which claimed to provide “a brighter light than LEDs”. In the front, the phone has a 2 megapixel unit as well.

“The new device also integrates the most advanced camera usability features and functions, including AF/AE Separation (Auto Focus/ Auto Exposure Separation) for the precise balance of light and clarity, next-generation Pro Suggest mode which offers 5 optimised filter settings, Selfie Alarm that allows users to take timed selfies with ease, and object tracing for a clear, focused shot of a moving subject. Each feature comes with a simple User Interface, allowing users to easily capture photos and videos with ground breaking quality, in any situation,” claimed Samsung in a press release.

Not only camera, the Galaxy K zoom’s features make it an impressive smartphone too. It comes with a 4.8 inch Super AMOLED high definition display. It has the Android KitKat operating system that runs by a hexa core processor which is a combination of a 1.3 Ghz quad core processor and a 1.7 GHz dual core processor.

Though the Samsung Galaxy K zoom is LTE enabled but it does not have support for India’s 4G network. However, it has WiFi, Bluetooth, NFC, A-GPS and GLONASS facility. It comes with a decent 2430 mAh battery along with Ultra Power Saving Mode as is found in the latest Galaxy S5.

Samsung has not revealed its price or availability yet.