Google+ Messenger will let users start Hangout from the Android and iOS smartphones itself.

Google+, the social network of Google, has received a much deserved update that enables starting a video chat from the phone itself. The video chat feature, dubbed as Hangout On Air, of Google+ was earlier available only for desktops. So users can now invite friends and their contacts and start a ‘Hangout’ session with them. 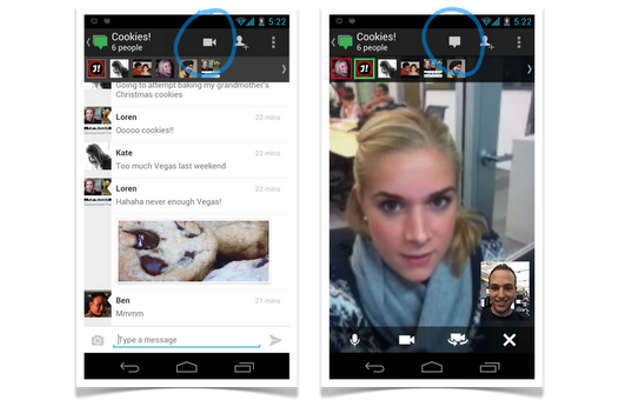 A Hangout session can be started from any post and that too right from your Android smartphone. Users without a web camera will be able to dial-in a code and can join the session.

Along with starting the Hangout, Google+ will also allow broadcasting of that hangout by its “On Air” feature that will set the Hangout session as live in participating users’ timelines. With YouTube integration, the session videos will be uploaded to user’s account on YouTube.

The Google+ Messenger will have a Video button on the top of the screen to start the Hangout and same button needs to be tapped for typing out a message. Soon both Android and iOS versions of the Google+ app will get this new Hangout feature that will let users start the group chat with their friends whenever they wish.

Google promises to enable group video chat feature for Android mobile phones and we believe it would be available mostly to the Android 4.0 Ice Cream Sandwich running devices only.