This game has been optimised for phones with Android 2.3 Gingerbread or higher.

Google has announced a new massive augmented reality game, called Ingress, for the Android based smartphones. Ingress is a massive multiplayer game based on augmented reality in which players are expected to form alliance, complete tasks and uncover the mystery behind the energy discovered. The Ingress game is currently closed beta and users are required to register for beta access at ingress.com.

The Ingress game is cryptic by nature and has been developed by Niantic Labs of Google. There is also a NianticProject website which is basically an Investigation Board carrying all the cryptic clues and secret codes meant to be used in the game. Of course, the game is absolutely free-to-play.

The Ingress game involves a mysterious energy source unearthed by team of scientists in Europe. The players can join either of the two teams – The Enlightened and The Resistance. The former is an alliance formed to embrace the power unleashed by the mysterious energy whereas the latter is more about defending the humanity by joining the struggle. There will be loads of cryptic clues, codes and other technologies required to secure the territories. 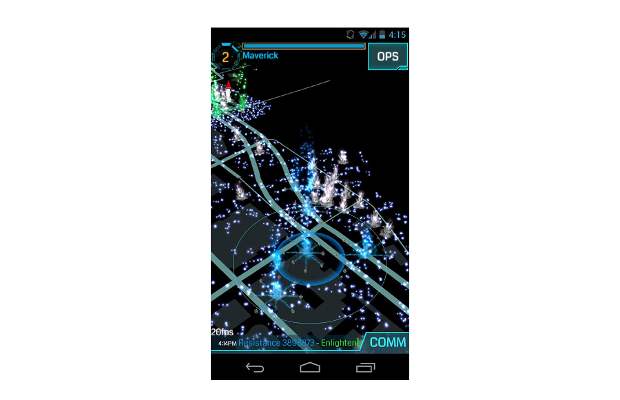 Players need to install the app and used the phone’s camera to locate and unlock the clues. Since this game will be played by users across countries, everyone can keep a track of other players. The intelligence map can help you communicate with your alliance mates.

Currently, the Ingress game is in closed beta and appears to be a big bet by Google on Mobile Augmented Reality. If users can keep track of others that means, people will be keeping tab of their gamer friends, legitimately.

After installing Ingress, the app will request access to your Google Account if you plan to register using that or you can use any other email account. Interesting part of this game is that it has been optimised for smartphones only and not for the tablets. The game requires smartphones running Android 2.3 Gingerbread or higher.

Get the Ingress game from the Google Play Store.