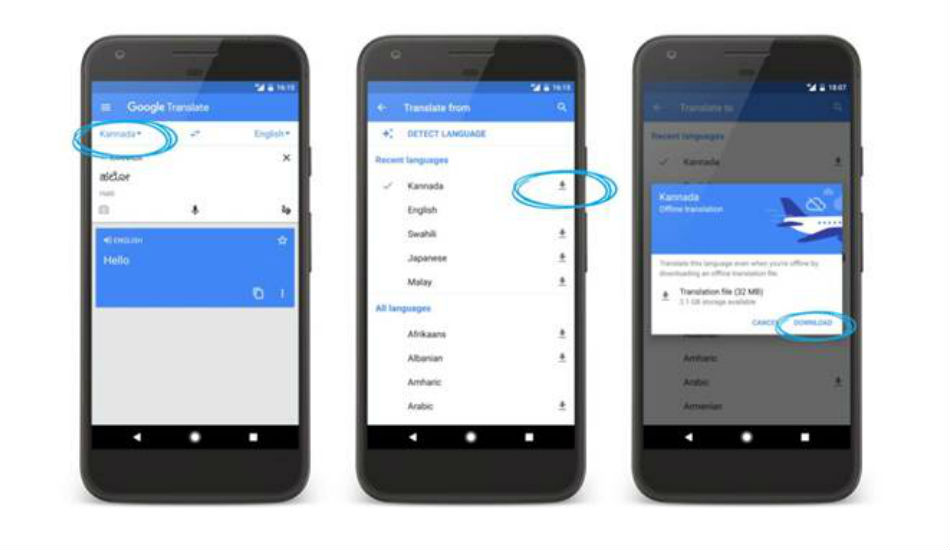 The feature is currently rolling out for Android users around the world.

Google has revealed that its translation application, the Google Translate, will now able to transcribe foreign language speech in real-time. The feature is currently rolling out for Android users around the world.

The company has revealed that the transcribe feature will be rolling out in the next few days with support for any combination of the following eight languages including English, French, German, Hindi, Portuguese, Russian, Spanish and Thai. In order to use transcribe feature, users need to go to Translate application on Android and make sure that the app is updated to the latest version. One will find an option to Transcribe on the app on the home screen, tap on it.

Users then need to select the source and target languages from the language dropdown at the top of the home screen. One can also pause or restart transcription by tapping on the mic icon. One can also see the original transcript, the change the text size or choose a dark theme from the setting menu. Right now, the transcribe feature will work best in a quiet environment with one person speaking at a time.

Meanwhile, Google has cancelled its annual developer conference, the Google I/O 2020, due to novel Coronavirus concerns. The brand has further revealed that guests who have registered for I/O 2020 will not need to enter next year’s drawing and will be automatically granted the option of purchasing an I/O 2021 ticket. Google says that it will explore other ways to connect with the developer community over the coming weeks.