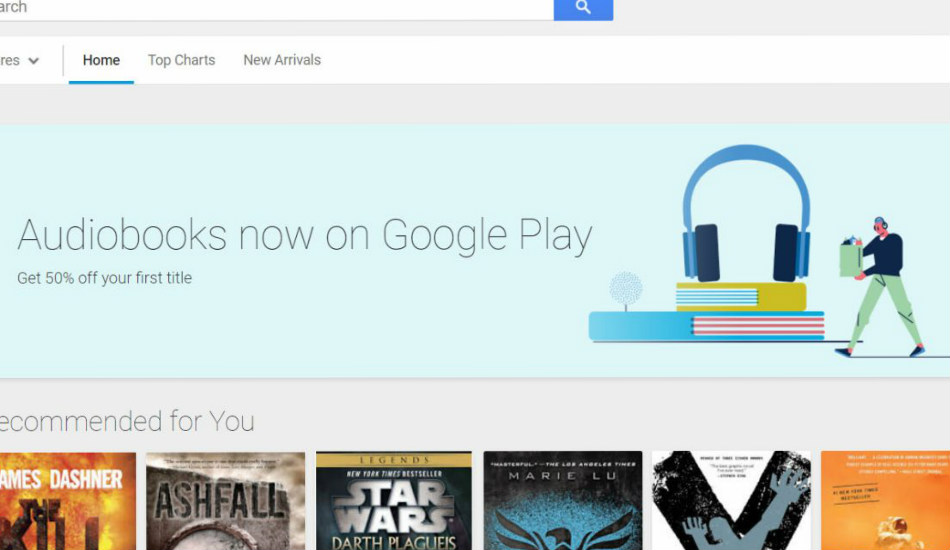 The company has teased a banner promoting the arrival of audiobooks.

It seems Google is planning to sell audiobooks on its Play Store. The company has teased a banner promoting the arrival of audiobooks.

According to a report by 9to5Google, the banner has been spotted on the Google Play website, though some say that the banner is also visible on the Android app. However, the section is not live yet and there is no specific mention of when the content will be available for purchase for the masses.

With this, Google is once again set to enter into a new domain of audiobooks. For the unintended, audiobooks are an exact word-for-word version of books, which allows users to listen to them on a music player, smartphone etc. Currently, Amazon dominates this market as it has a variety of audiobooks available on its platform. The e-commerce giant owns Audible, the leading retailer of audiobooks. The demand of audiobooks has been increasing steadily as podcasts and other streaming media are becoming more mainstream.

Amazon has recently added audio support for its entry-level Kindle e-book reader. The Amazon listing for the entry-level Kindle says, “Now, you can listen to the world’s largest library of audiobooks on your Kindle – anytime, anywhere, while travelling, cooking, or when you just want to rest your eyes. Pair with Bluetooth to move seamlessly from reading to listening.” The company has also started the Audible membership and those who will sign up for this will get a free trial and two free audiobooks as well.