Google to charge for using some editing features in Google Photos app?

Google is reportedly putting the Colour Pop feature in Google Photos behind a paywall, but partially.

Google Photos is a primary editing tool for many and not just a gallery application. The application has some great editing features for enhancing the look of your image, and new reports suggest that some of these features will now be put behind a paywall.

Colour Pop under Google One Subscription

A paywall here means that some features will now require you to subscribe to the Google One subscription which the company offers containing some extra Google Drive storage and more.

As per XDA Developers who did a teardown of the Google Photos apk with the version 5.18. The teardown states that the first feature to be put behind the paywall is the Color Pop feature. The color pop feature keeps you in focus and coloured while keeping the background black and white.

The teardown also suggests that some new features might also be arriving that will come as a part of the Google One Subscription.

Adding to the evidence, a reader sent some screenshots to the publication where it required him to subscribe to Google One for using Color Pop.

Here are the Google One plans and their respective prices in India. 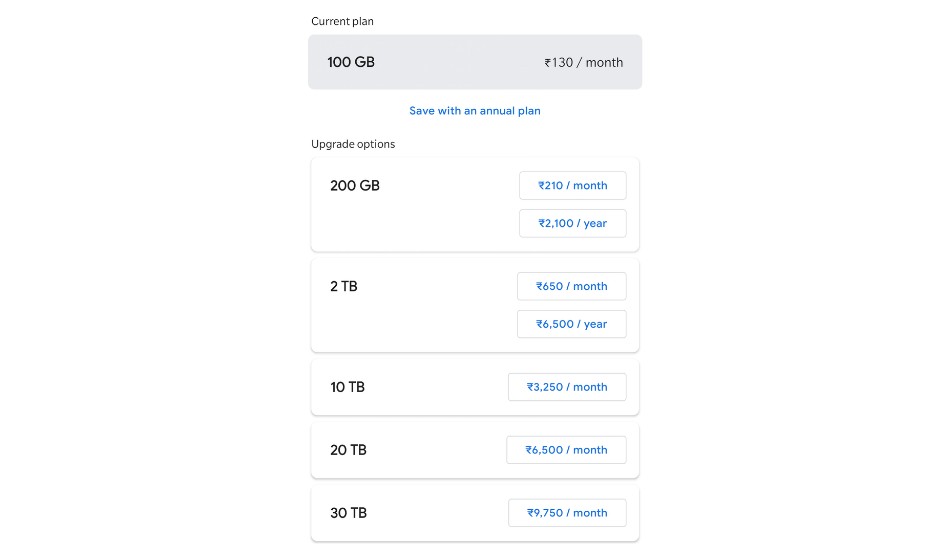 “In Google Photos, colour pop is a feature that continues to be available for anyone to use, at no cost, for photos with depth information (such as portrait mode). As a part of an ongoing rollout that began earlier this year, Google One members can apply the feature to even more photos of people, including those without the depth information”, Google clarified in a statement to Engadget.