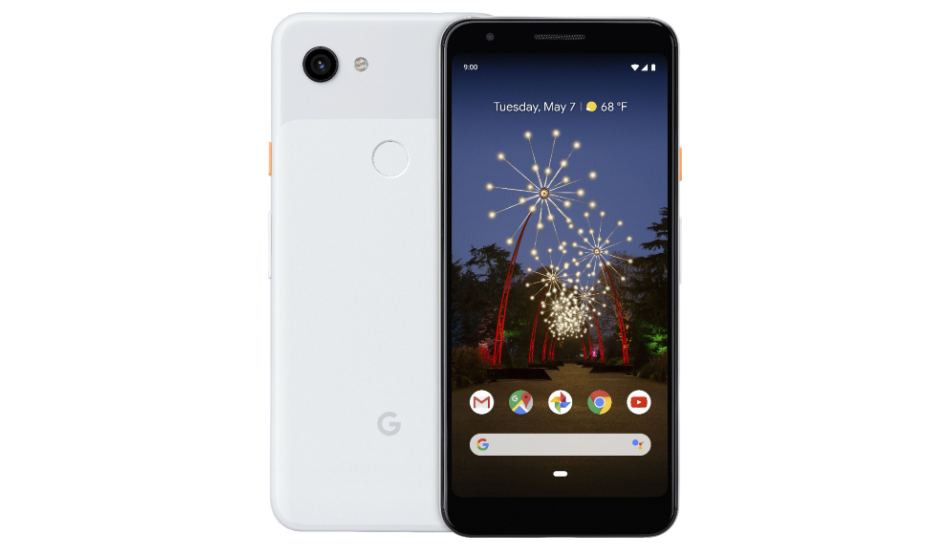 The Pixel 3a XL model could be available for Rs 44,999 for the model with 6GB RAM and 64GB of storage. While this is a price of the 6GB model, Google is also expected to sell a 4GB RAM version with 32GB storage and we can expect the phone to sell for a cheaper price.

Google is set to announce its Pixel 3a and Pixel 3a XL smartphones in India on May 8 and with just two days left for the unveiling, the price of the Pixel 3a XL has been leaked. If the leak is believed to be true, the Google Pixel 3a XL in its 6GB + 64GB configuration will be sold for an asking price of Rs 44,999.

The leak was spotted on /Leaks where a poster of the Google Pixel 3a XL with 6GB RAM and 64GB of storage was displayed with the Indian pricing. If true, the Pixel 3a XL model will be available for Rs 44,999. While this is a price of the 6GB RAM model, Google is also expected to sell a 4GB RAM version with 32GB storage and we can expect the phone to sell for a cheaper price. 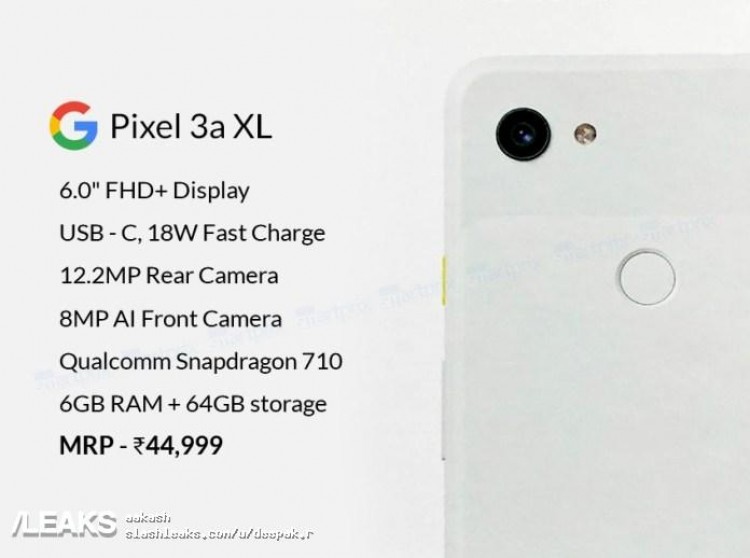 Considering this is the price of the XL variant, the original Pixel 3a could be a cheaper affair as it will be powered by a Snapdragon 670 chipset and will feature a 5.6-inch FHD+ OLED screen. The leaked image also confirmed the earlier specification of the Pixel 3a XL which includes a Snapdragon 710 processor, 6-inch FHD+ OLED screen, 12.2MP rear camera and 8MP wide-angle lens on the front.

The Pixel 3a lineup will feature Active Edge technology and will come with a fingerprint sensor at the back. Connectivity options include 4G VoLTE, WiFi, Bluetooth 5 LE, GPS, a headphone jack and USB-C. Both phones will feature the same 3,000mAh battery as the original Pixel 3 and will support 18W fast charging.

The Pixel 3a and Pixel 3a XL is expected to come in White, Black and Purple colours and will be enabled with a Night Mode as was available on the Pixel 3. Furthermore, the phones will be equipped with Screen call feature and it will come with 3 years of security and OS updates.