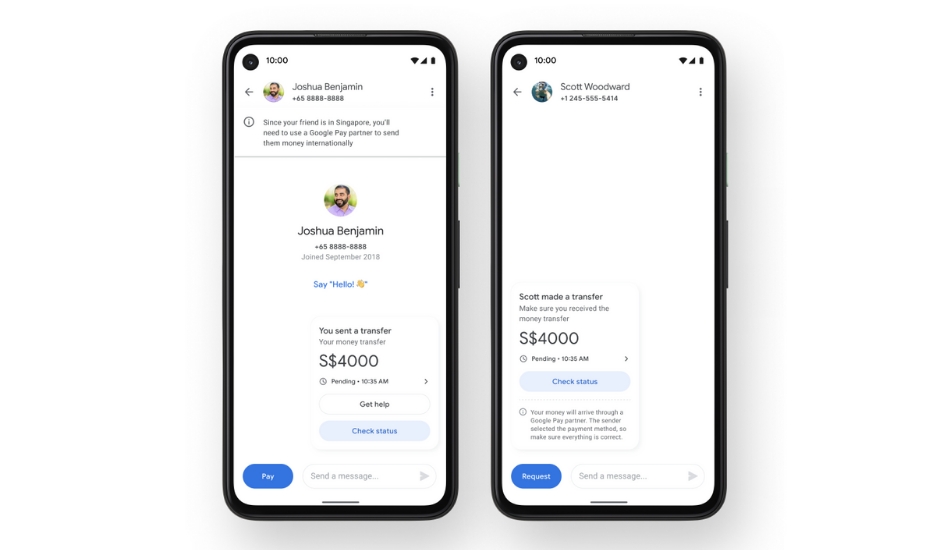 Google Pay is now going to allow transactions from users based in the US to Singapore and India. It is allowing international money transfers in partnership with established remittances companies Wise and Western Union.

Google expects that U.S. Google Pay users will be able to send money to people in more than 200 countries and territories through Western Union and to more than 80 countries through Wise by the end of this year.

Josh Woodward, Director of Product Management at Google also told TechCrunch in an interview that the company is kickstarting its cross-border payments feature with India and Singapore and intends to expand this worldwide by the end of the year. “As we do with a number of Google products, we will test, learn, and iterate and then start scaling,” he said.

The transfers are currently allowed only from the US to India and Singapore and not the other way round. To send money internationally, you can start by searching for the Google Pay user you want to send money to, tap “Pay,” and select either Western Union or Wise.

From there, you will have to simply follow the steps to complete the payment. Until June 16, Western Union will offer unlimited free transfers when sending money with Google Pay, and Wise will make the first transfer free for new customers on transfers up to $500, says Google.

Western Union conveyed through a statement that receivers will pay no charges and will get the exact amount being sent by the US user. Wise said it will charge the actual foreign exchange rate and additional transfer fees, which will vary from country to country.