Google and LG are expected to introduce the next smartphone with Android 4.4 KitKat, called Nexus 5. While the LG-D820 is speculated to be the Google Nexus 5, new information points at Google’s interesting plans. GSMInsider spotted two different listings for WiFi Certification pointing at two different models with number – LG-D820_S and LG-D820_C. Both appear to be two different variants of LG Google Nexus 5 smartphone. 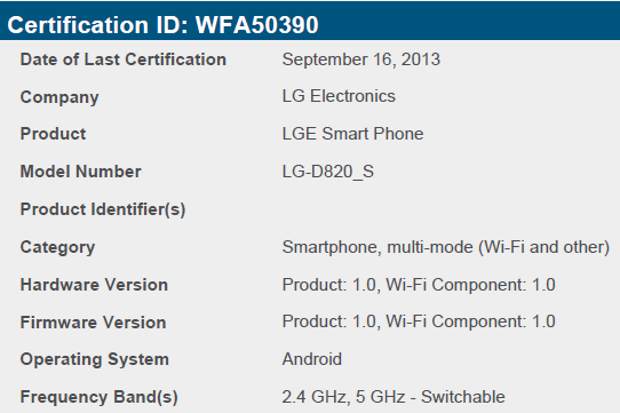 Recently, the LG device with LG-D820 model number has been spotted on the web at several listings and leaked images. The Mobile Indian reported about citing of LG Google Nexus 5 smartphone with Android 4.4 KitKat version running on it. 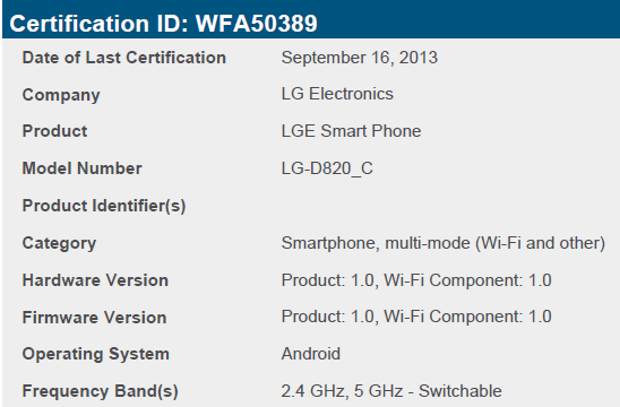 The two new models with S and C suffix at the back forces anyone to think that Google is planning to replicate what Apple did recently with iPhone 5s and iPhone 5c models. However, it is too early to judge that. LG Google Nexus 5 will also come with 4G LTE network support enabled for select markets.