Google Nexus 5 to be released in India this month

The 5 inch display bearing smartphone is available in 32 GB and 16 GB version.

LG made Google Nexus 5 will be made available in Indian towards the end of this month, its listing on an online retailer’s website has suggested.

Snapdeal has listed the 16 GB version of the Nexus 5 on its website and has mentioned that the released date is 4th week of November. The retailer is also offering pre-order for Rs 999 and is offer 3 month EMI facility for Rs 9,666. 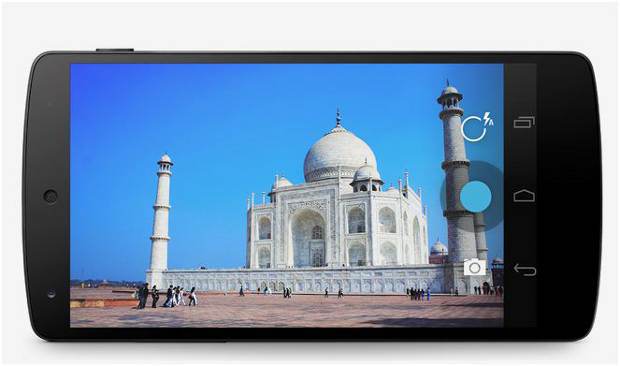 The Google Nexus 5 comes with a 4.95 inch full HD IPS display with Corning Gorilla Glass 3 protection. The smartphone also introduced the Android 4.4 KitKat operating system. Besides, the Google LG Nexus 5 has 2.3 GHz Qualcomm Snapdragon 800 processor, Aderno 330 GPU, 8 megapixel rear camera, and a 1.3 megapixel front camera. The 130 grams weighing LG nexus 5 is 8.59 mm thick and has a 2300 mAh battery that is said to provide 17 hours of talktime and 300 hours of standby. As said above, it comes in 16 GB and 32 GB versions and like older Nexus models has no expandable storage slot. It has huge 2 GB RAM.