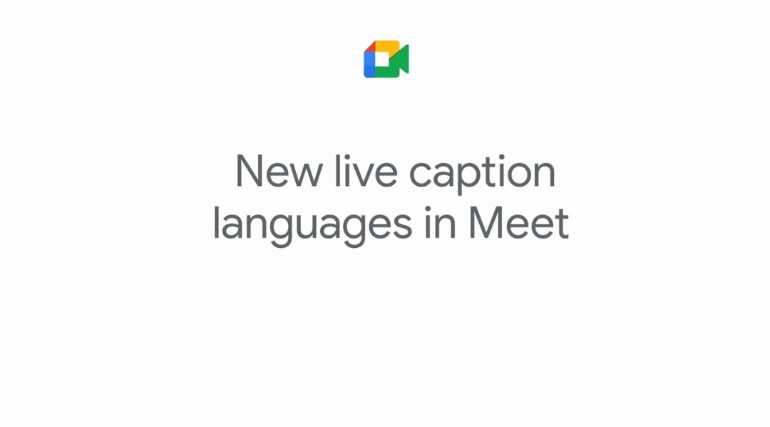 Google has been investing a lot in its Google Meet app because of the work from home situation around the world. As the feature set continues to grow, Google is now adding additional languages for the live captions feature.

Google Meet supports automated live captions for video calls for over a year but is available only for the English language. But now, you will have automated captions for 4 more languages.

“We’re expanding live captions in Google Meet to French, German, Portuguese and Spanish (Spain and Latin America) speakers. They were previously only available in English”, Google said in a blog post.

Google says that each participant will be able to select the meeting’s spoken language when enabling captions through the menu.

“Captions setting will also be “sticky.” This means that if you turn them on or off during a meeting, they will be saved, along with the chosen language, for future meetings”, the blog post added.

Google also conveys that the functionality has already started rolling out and the rollout should finish in the span of next 15 days. Live captions are available on both personal and work accounts.

Google plans to expand support to iOS and Android mobile apps in early 2021.