With this new Google Maps update, users can now find the estimated toll price to their destination even before the trip starts. 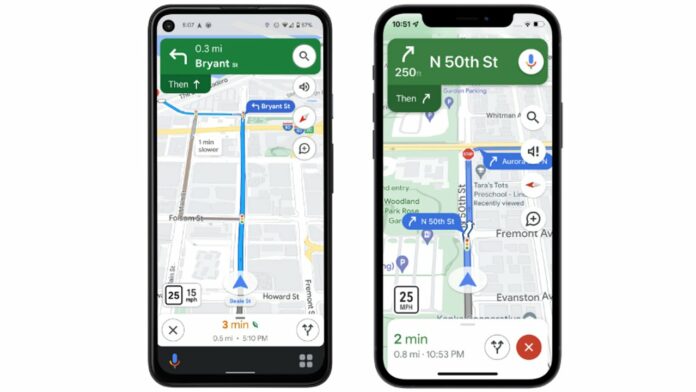 Google has today announced new features on Google Maps via update. The company said it is rolling out toll prices on Maps in India, US, Japan and Indonesia for nearly 2000 toll roads that will help users make the choice between toll roads and regular roads.

Users will soon see the estimated toll price to the destination before they start navigating thanks to trusted information from local tolling authorities. When planning a route, Google considers a number of factors like the cost of using a toll pass or other payment methods, what the day of the week it is, along with how much the toll is expected to cost at the specific time.

Google Maps will indeed show you toll-free alternatives. You can choose to avoid seeing routes with toll roads completely. Users can tap on the three dots at the top right corner of the directions in Google Maps to see the route options and select ‘Avoid tolls.’

Alongside the new toll prices feature, the company also announced a new update for iOS users. This update will bring a new pinned trip widget showing them trips they have pinned in their Go Tab on the latest version of the Google Maps app.

ALSO READ: How to Change Navigation Voice in Google Maps

Users can see the arrival time, the next departure time for their chosen public transportation trip, and even an alternative driving route. Users can now add the “Take me home” app to their watch and then tap it to begin using Google Maps to navigate home.

In addition, the update will also bring improved Apple Watch support, including the ability to navigate automatically on the smartwatch. You can also add the “Take me home” complication to your watch and tap it to start the navigation home on Google Maps.

Finally, Google Maps is integrating directly into Spotlight, Siri, and the To use Google Maps, say “Hey Siri, get directions” or “Hey Siri, search in Google Maps” to access Google Maps’ helpful information instantly. This feature will be available in the coming months, with enhanced Siri search functionality coming later this summer.