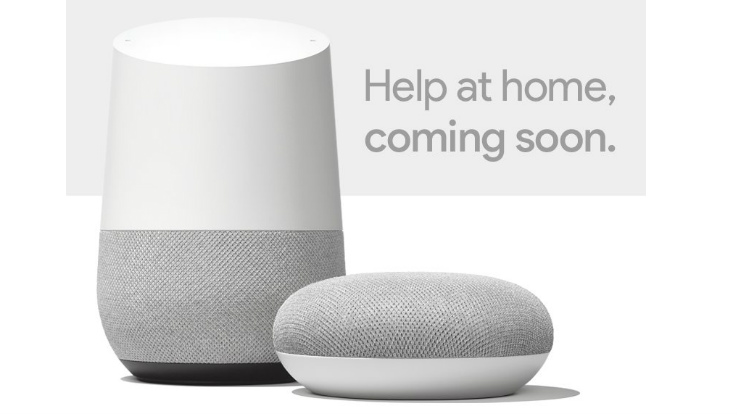 The company could launch the smart speakers in April 2018.

Google has finally announced that it will be bringing its Google Home and Home Mini smart speakers in India. The company has started teasing the launch of the smart speakers on its official Twitter handle.

The tweet reads, “Get ready to #MakeGoogleDoIt, at home too. Coming soon.” Now, according to a report by Gadgets 360, the company could launch the smart speakers in April 2018. The information is based on communication shared by Redington India with its retail partners. If this is believed to be true then the upcoming speakers will surely give a stiff competition to Amazon Echo lineup including Echo Dot, Echo and Echo Plus speakers that have recently begun selling in the country.

The smart speakers will come with Google Assistant, which recently got the support of the Hindi language. This would be interesting to see whether the smart speakers will be able to communicate in Hindi as there is no functionality available with Amazon Alexa. Further, multiple reports suggest that media accounts on Google Assistant already support some local music streaming services like Saavn and Gaana. According to a report by True Tech, the Assistant can be commanded to play any particular song, artist, album, genre, etc., along with the stations and playlists curated by Saavn.

To recall, Google introduced the Home speaker in 2016, while the Home Mini was introduced in October last year. Google Home is essentially a 6-inch x 4-inch speaker which is always listening to your voice. Apart from playing music from your smartphone or from any other device, Google can perform a bunch of other functions. The speakers have a 2-inch driver and dual 2-inch passive radiators on the sides. On top, there is a capacitive touch panel for controls and four LED’s which shows Google’s colourful language.

The touch panel can be used to adjust volume, pause or play audio, can take calls etc. It also sports two microphones on top which are always on unless you press the mute button on the side which disables the mics.

Coming to Google Home Mini, the smart speaker comes with fabric that is durable, yet transparent enough to let through both light and sound. There is an LED under the fabric, which notifies a user when the Google Assistant is hearing. The smart speaker comes with a compact design and delivers a 360-degree sound. The device comes in three colour options including Chalk, Charcoal, and Coral and it can be connected to other Google Home devices.