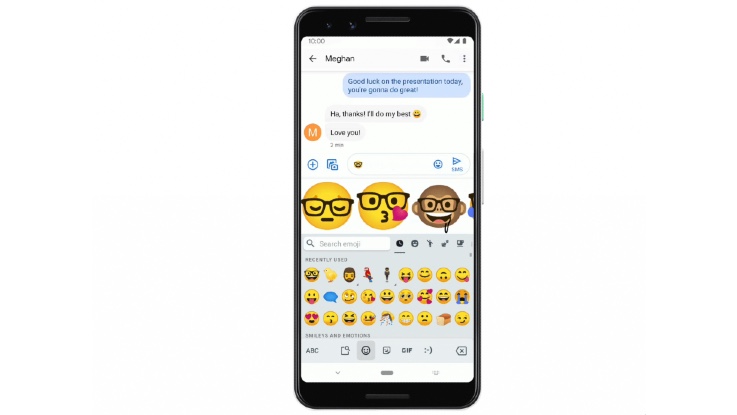 One can join the Gboard Beta programme to use this feature right now.

Google has announced the launch of a new feature to its popular keyboard application, Gboard. Dubbed as Emoji Kitchen, the new feature is rolling out to all Gboard users on Android. One can join the Gboard Beta programme to use this feature right now.

The new feature can be used on various communication applications including Gmail, Messages by Google, Messenger, Snapchat, Telegram, WhatsApp and more. With this feature, Gboard on Android takes user’s favourite emoji and mixes them into customised stickers. In order to use this feature, one can tap on any smiley emoji and Emoji Kitchen will reveal a number of stickers, which is crafted by the designers at Google.

So, for example, if you tap on cowboy hat emoji, one will see monkey cowboy, ghost cowboy, laughing cowboy, kissy cowboy, in love cowboy, pleading cowboy and pensive cowboy.

“Emoji have been around long enough that people want to play with them like we do with words—mashing them together, turning nouns into verbs, breaking them apart to create entirely new concepts. Language is infinitely creative just like art and music, and with Emoji Kitchen, your phone’s keyboard becomes an even richer canvas for expression,” the company said in a statement.

Previously, the company revealed new features for Google Maps. The company has revealed that the updated Google Maps app is available starting from today for Android and iOS devices. The newly redesigned application focuses on five tabs: Explore, Commute, Saved, Contribute and Updates. The Explore tab will provide information, rating, reviews and more for about 200 million places around the world including local restaurants, city landmarks and more.