Google Files Go lets you free up space on your smartphone 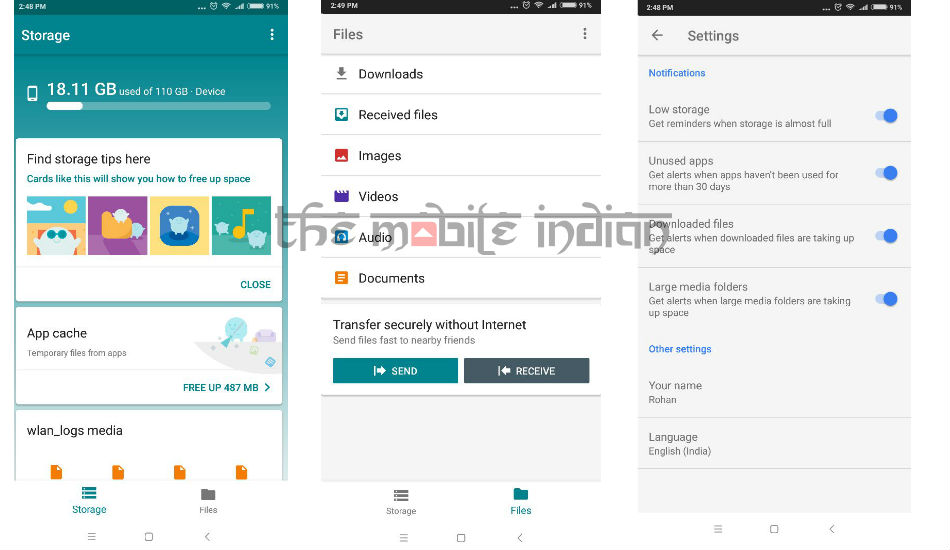 The app will basically allow users to manage and free up more space in different ways.

Google has silently released a new smart file manager for Android smartphones. Dubbed as Files Go, the app will basically allow users to manage and free up more space in different ways. The app beta program has been closed, but it is expected to be launched soon. However, the app is available from APKMirror for download.

As per a report by Android Police, the app will basically suggest users to remove apps that are no longer in use. The app will also recognize and help remove the spams and duplicate images from the Android smartphone. Further one can also find important documents “without cumbersome and manual effort”.

The Files Go will also feature the ability to share files offline between two users. This could be done by setting up a ‘fast hotspot’ with just a tap of a button, the Play Store description said. The application is less than 10MB in size and there are smart media cards that shows how much storage one can free up by deleting files and apps.

The list includes Nexus 5X, Nexus 6P, Google Pixel, Google Pixel XL, Google Nexus, Google Pixel 2 and Google Pixel 2 XL. Once enrolled, the handsets will receive regular over-the-air (OTA) updates of all builds in the Android 8.1 Developer Preview and when the next version of Android is released, the device will automatically update to the final version.