The company has recently posted a teaser of the upcoming smartphone on its official Weibo account.

Gionee is gearing up to launch a new smartphone under its M series, with the launch of Gionee M7 in China. The company has recently posted a teaser of the upcoming smartphone on its official Weibo account.

The teaser hints that the upcoming smartphone will join the trend of the edge-to-edge or bezel-less screens. Interestingly, judging by the teaser image, it is safe to say that the device will come with an aspect ratio of 18:9, which is slowly becoming a new trend in the smartphone industry. The brand is also partnering with Ofo, a bike-sharing start-up from Beijing. Interestingly, the teaser shows two bike wheels and the arrangement hints that the phone will come with a dual-camera setup. 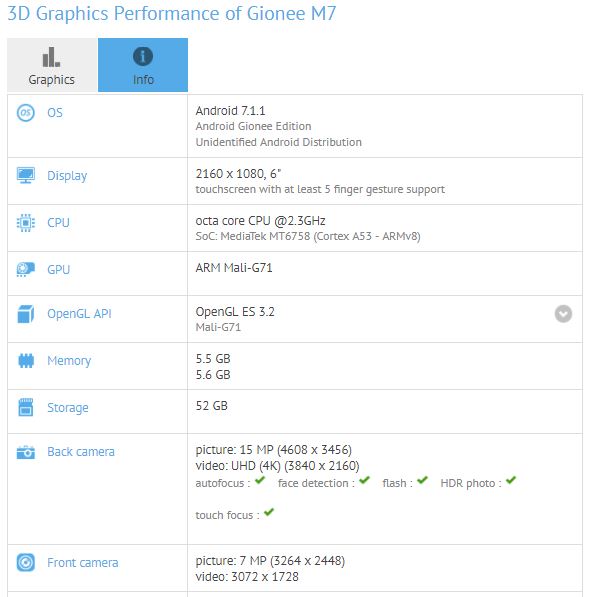 Meanwhile, the phone was spotted on GFXBench, which reveal some key specifications of the upcoming smartphone. To start with, the Gionee M7 will sport a 6-inch display with a screen resolution of 2160 x 1080 pixels, which could be a Full HD+ screen. On the hardware front, the listing reveals that it will sport an octa-core MediaTek MT6758 processor along with Mali-G71 GPU. The phone will be backed by a 6GB of RAM and 64GB of internal storage.

On the camera front, the phone will come with a 16-megapixel rear camera with auto focus, face detection, and 4K recording. For the front, there would be an 8-megapixel front-facing camera. The phone also supports accelerometer, Bluetooth, GPS, gyroscope, compass, light sensor, pedometer, proximity, and WiFi.