Gionee M7 Plus gets TENAA certification 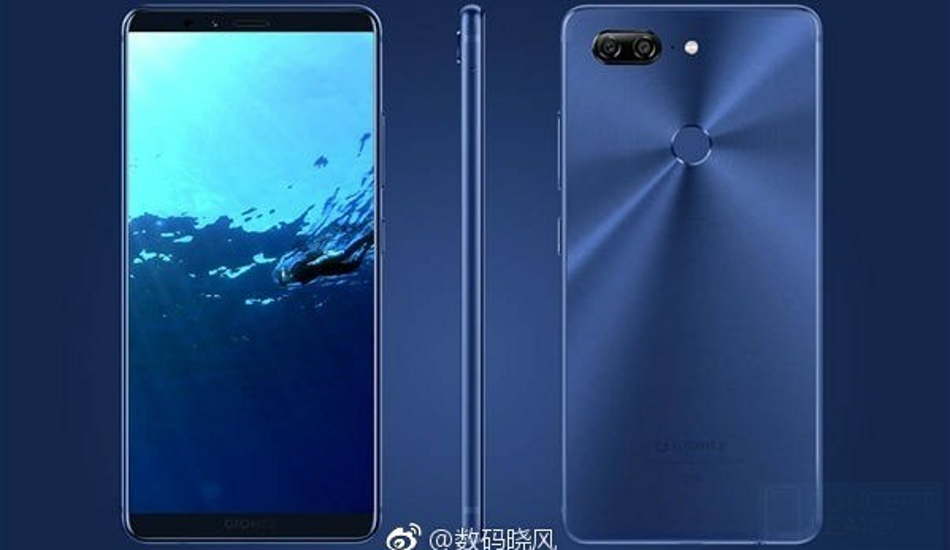 It will be powered by a Qualcomm Snapdragon 660 processor, along with Adreno 512 GPU coupled with 6GB of RAM and 64GB of internal storage.

Gionee is all set to reveal as many as 8 bezel-less smartphones on the 26th of November. As per rumours, one of the device to be unveiled at the event will be M7 Plus along with Gionee S11, F6, F205, GNF5006L, M2018, and Steel 3 smartphones. Recently some official renders and press images of Gionee M7 Plus surfaced on Chinese social networking website Weibo. And now, the Gionee M7 Plus has been spotted on TENNA certification website, as per a report.

The TENAA certification listing does not reveal the specifications of Gionee M7 Plus but it shows a few images of the Gionee M7 Plus which reveal the same product design as seen in previously leaked images. It also shows the dual camera setup on the back and features a premium textured back.

Last week, Gionee M7 Plus was spotted on GXFBench website as well as on AnTuTu revealing the key specifications of the device. As per the listing on GFXBench, Gionee M7 Plus has a 7.5-inch display that has 2160 x 1080 pixels resolution and five finger gesture support. Besides as per the listing, it has 2.2 GHz octa-core Snapdragon 660 processor, 6GB RAM, 64GB of internal storage out of which 44GB will be reserved for the users, Adreno 512 GPU and Android 7.1.1 Nougat operating system. The listing, however, does not mention anything about the battery. the Gionee M7 Plus has a 16-megapixel autofocus camera and a LED flash on its rear panel while an 8-megapixel camera is in its front for selfies. The GFX listing shows that the device has connectivity features like Bluetooth, GPS, and WiFi. As per the listing, the device has accelerometer, compass, gyroscope, light sensor, pedometer and proximity sensors as well.

As per the Antutu listing, Gionee M7 Plus features a full HD+ display with a resolution of 2160 x 1080 pixels and is powered by a Qualcomm Snapdragon 660 processor, along with Adreno 512 GPU. Further, as per listing, the smartphone comes with 6GB of RAM and 64GB of internal storage. The smartphone runs on Android 7.1.1 Nougat operating system. The listing has no information about its battery size. The M7 Plus has scored 103,367 points on AnTuTu benchmarks.