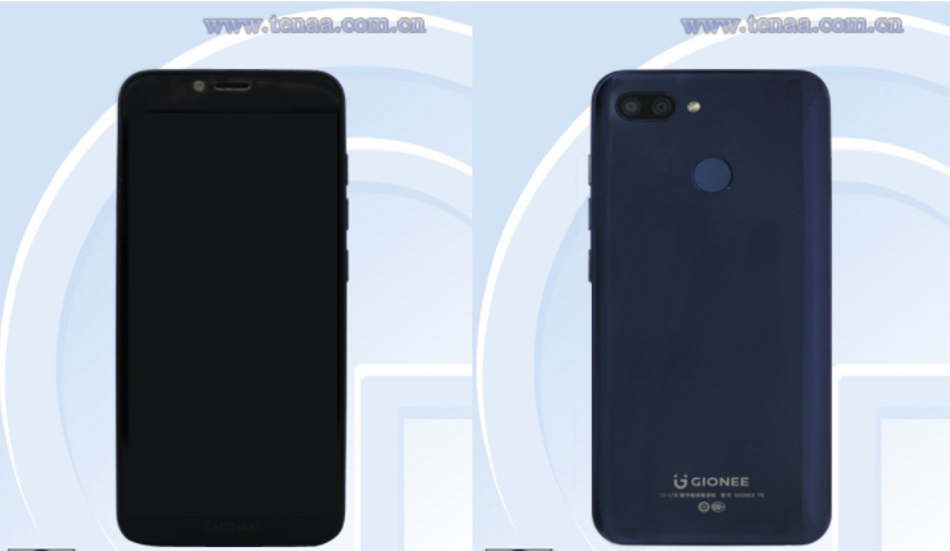 Gionee is all set to launch 8 bezel-less smartphones on November 26 which includes smartphones like Gionee M7 Plus, F6L, F205, S11, S11 Plus, Steel 3 and M2018. Last month, Gionee F6L spotted on Chinese certification authority, TENAA, website revealing some of its key specs.

Now, earlier this month, Gionee F6 smartphone has also now paid a visit to TENAA certification website. The listing not only has images of the phone but it also carries the major specifications of the device as well. It is worth noting that both the smartphones carry almost same specs, but the new listing suggests that F6 variant supports more network bands.

As per the TENAA listing, Gionee F6 features a 5.7-inch full HD+ display that has 1440 x 720 pixels resolution with an aspect ratio of 18:9 similar which is same as seen on the recently launched Gionee M7 smartphone which features a 6.01 inch FHD+ AMOLED display. It is powered by a 1.4 GHz octa-core processor with an unknown chipset which is coupled with 3GB/4GB RAM.

It offers 32GB of internal storage, 128 GB expandable storage via a micro SD card, dual rear camera setup with a combination of 13-megapixel primary sensor and a 2-megapixel secondary sensor. For the selfies, there will be an 8-megapixel camera on the device’s front side. There is also a fingerprint sensor which is mounted at the back of the device.

The dual SIM phone runs on Android 7.1.1 (Nougat) and is fueled by 2970 mAh battery. Connectivity options of the smartphone include 4G-LTE with VoLTE, Bluetooth 4.2, WiFi, GPS/A-GPS and a micro USB port. The dimensions of the phone are 153.8 x 72.6 x 7.8 mm and it weighs 141 g. The device is listed in Blue, gold, black colour variants. The phone has Gravity sensor, distance sensor, light sensor as per the listing.