A new unannounced Gionee F-series smartphone housing the model number – F205, has been found listed on GFXBench benchmarking website. The listing has revealed the major specifications of Gionee F205. 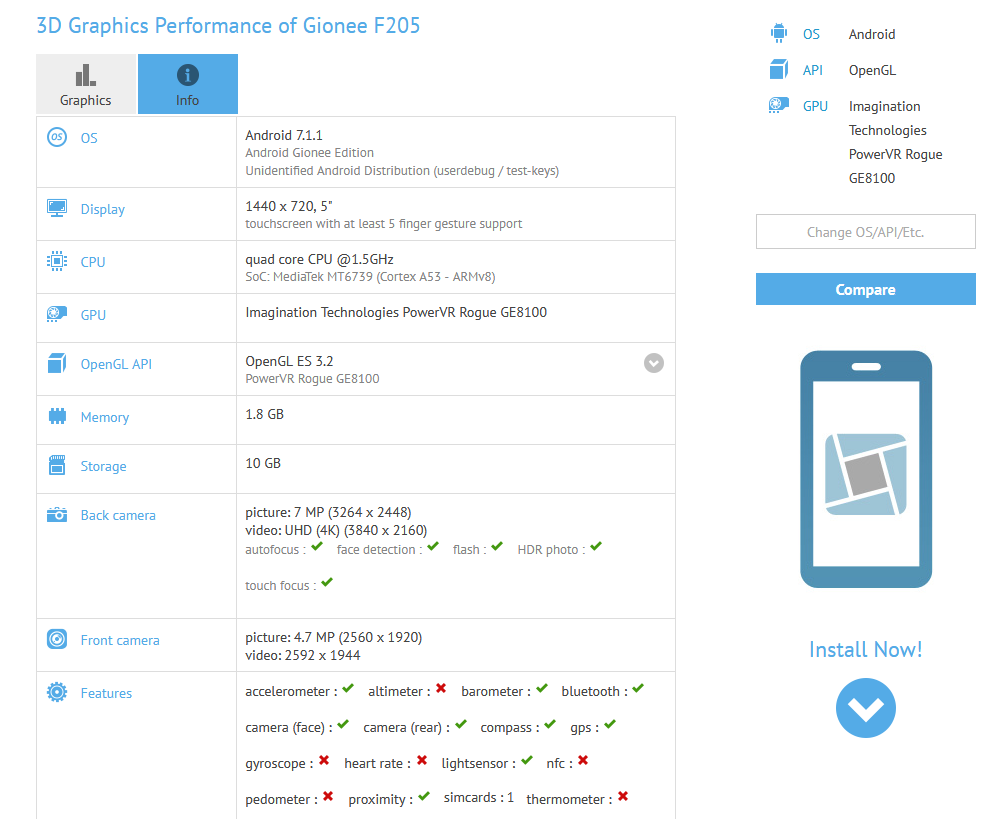 As per the listing on GFXBench, Gionee F205 has a 5-inch display with 1440 x 720 pixel resolution and 5 finger gesture support. It is powered by MediaTek MT6739 1.5 GHz quad-core processor and 2GB RAM. It offers 16GB of internal storage out of which 10GB will be reserved for the users. Besides, it has MG PowerVR GE8100 GPU and Android 7.1.1 Nougat operating system.

Gionee F205 has an 8-megapixel autofocus camera and an LED flash in its rear panel while a 5-megapixel camera in its front as well. The GFX listing shows that the device has connectivity features like Bluetooth, GPS and WiFi. As per the listing, the device has accelerometer, barometer, compass, proximity and light sensor as well.

There is no information about the price, and the official launch of the device is expected soon as it has now been spotted on GFX. So, stay tuned with us for more details.