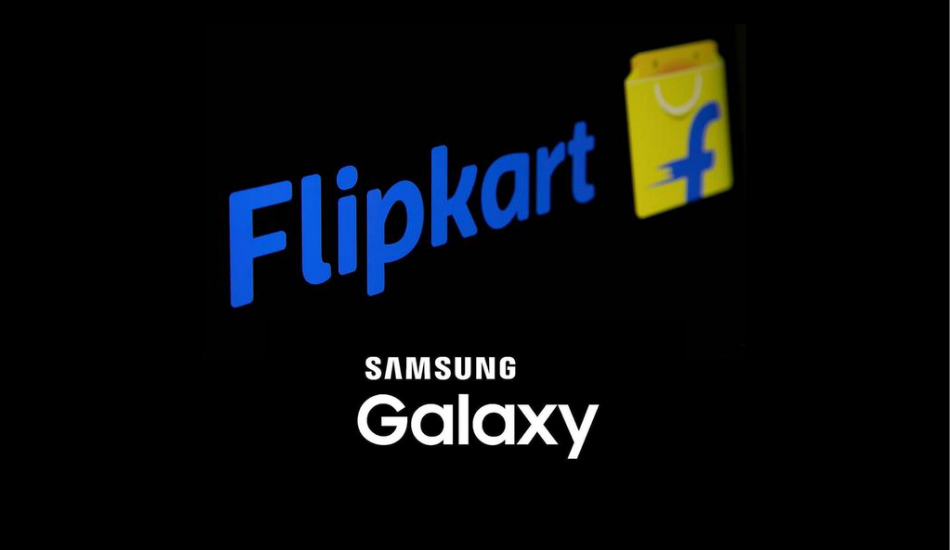 Samsung has partnered with Flipkart to launch the first F series device on October 8. The launch event will be live-streamed.

Samsung has partnered up with Flipkart to launch a new series ( F Series) of smartphones. Samsung Galaxy F41 is going to be the first smartphone under the new series and will be launched 8 October.

Industry reports suggest that the number of smartphone users in India is estimated to reach over 760 million by 2021. With the majority of Indians using their smartphones for either work or education purposes for at least 6 hours a day, a high-performance smartphone is no longer an aspiration, but a necessity.

Taking a leaf out of the consumer reports, Samsung seems to be targeting the millennials with Galaxy F41. Samsung has said in a statement that the Galaxy F Series is built on Flipkart’s deep consumer understanding and Samsung’s innovation prowess.

So what does the partnership with Flipkart mean for Samsung? It seems that Samsung is now looking to strengthen its hold over the online market.

Samsung usually partners with Amazon for launching its devices as it did with its recent Galaxy M51, but it has chosen Flipkart this time around.

The Korean giant might have studied Flipkart’s consumer base thoroughly to work on a new series for India to address the gaps in the market. Samsung already has a grasp over its competitors in the offline market, but the online segment was a weak link. In recent times we have seen Samsung strongly pushing its own online store as well.

So ties up with Flipkart may be a move to take on Realme and Xiaomi and their sub-brands – Narzo, Redmi and Poco, as these companies already have a stronghold over the online market, be it Amazon or Flipkart.

It may be recalled, Samsung launched the Galaxy M51 on Amazon to compete with the OnePlus Nord as Samsung priced the M51 very close to Nord.

Samsung Galaxy F41 is expected to be priced between Rs 15,000 and Rs 20,000. Smartphones from Realme and Xiaomi dominate this particular price segment. The major smartphones being Realme 7, Narzo 20 Pro and Redmi Note 9 Pro are all doing well in online shopping portals. It seems that Samsung has now set its eyes on the Budget segment where it did not have decent foothold.

With the Galaxy F41 on Flipkart and Galaxy M51 on Amazon, Samsung will have its contender on both Amazon and Flipkart so that a consumer can always see Samsung as an option when he/she goes to buy a smartphone.

Asim Warsi, Senior Vice President and Head of eCommerce Business, Samsung India, said ” With Galaxy F, Samsung and Flipkart are offering a feature-loaded option for young consumers who want to live life to the fullest. “

The Galaxy F41 is rumoured to be a camera-centric smartphone. The phone is equipped with an S-AMOLED display with an Infinity-U notch design. Samsung Galaxy F41 is also confirmed to come with triple rear cameras, Flipkart has showcased rear-mounted fingerprint sensor and a 6000mAh battery as the device image. 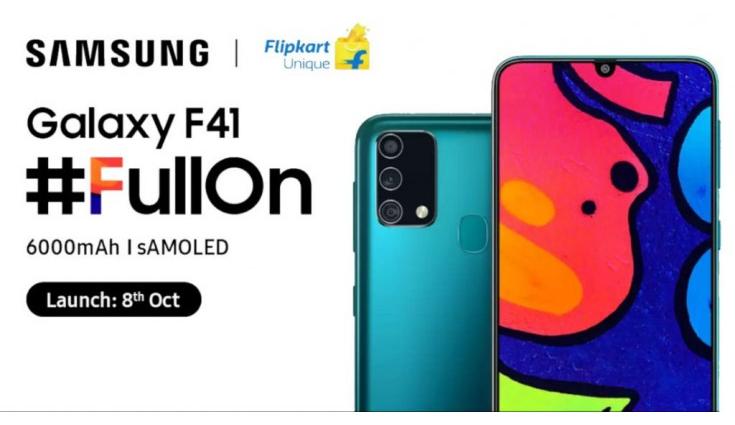 How to Watch Launch of Samsung Galaxy F41?

The launch event of Galaxy F41 will be live-streamed via Samsung’s official channels on October 8th at 5:30 PM IST.