Freedom 251 maker explains the real reason behind not delivering handsets, but is it too late?

He further claims that he can still deliver the handset by March-April next year if the government is willing to support him.

Mohit Goel, the former director of Ringing Bells and the maker of Freedom 251 smartphone, has resurfaced online explaining why he couldn’t deliver the world’s cheapest smartphone. He further claims that he can still deliver the handset by March-April next year if the government is willing to support him.

The whole matter came into limelight when Goel filed an FIR against two persons in Sector 49 police station, Times of India reports. The Noida Police, on Sunday, arrested Vikash Sharma, 35, and Jeetu, 40, for fraud. Goel complains that they allegedly took approx. Rs 3.5 crore from Ringing Bells for delivering the handsets to the customers.

“I paid the duo nearly Rs 3.5 crore and, in return, they cheated me. They syphoned off the money and did not deliver any phone. In February this year, some distributors filed a case against me and I was jailed for six months. Now with the fresh arrests, people will come to know why I failed to deliver on my promise,” Goel told IANS. 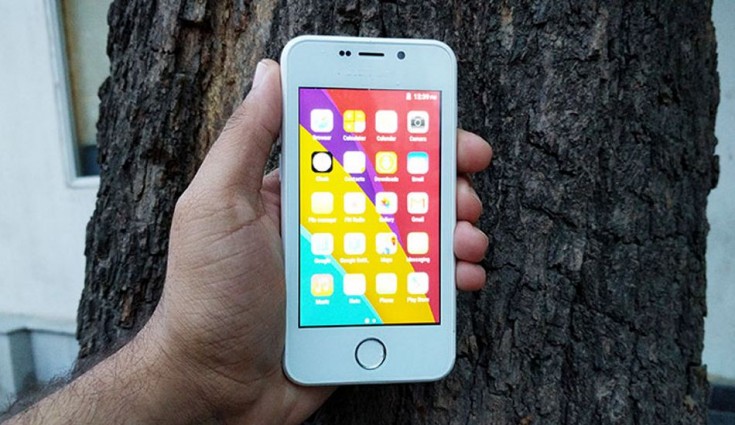 He further asserted that the government did not come to his support despite his commitment to offer different initiatives like Make in India and Start-up India. “The big players today have adopted my model and are now giving smartphones in as low as Rs 1,300, like Karbonn. The Jio model for paying Rs 1,500 in advance for a smartphone is similar. They have deep pockets so they can afford but why don’t people ask them how they are making smartphones so cheap?” he told IANS.

But the question here is: is too late for all these claims? Ringing Bells had the golden opportunity to become the brand that would have provided cheapest smartphones in the country. However, the brand has been marred by different controversies, which not only hampered the company’s image, but customers were the one, who felt cheated with the whole controversy. And this time even if the Goel brings back the smartphone from the ashes, the customers will be sceptical to opt for it.

To recall, Goel was arrested after Ghaziabad-based Ayam Enterprises filed an FIR in February this year asserting that Ringing Bells “defrauded” it for 16 lakh. As per the FIR by Ayam Enterprises, the company has alleged that it was persuaded by Ringing Bells to take up the distributorship of the Freedom 251 smartphone in November 2015. The company then paid Rs 30 lakh to Ringing Bells through ‘RTGS’ on different occasions, but the people behind Freedom 251 only delivered products worth Rs 13 lakh only. The owners of Ayam Enterprises further claim that they were threatened with life if they asked for the rest Rs 16 lakh.

This is not the first time, Ringing Bells is in the news. In December last year, Mohit Goel and his wife, Dharna Goel, had quit their positions at Ringing Bells and formed a new company named as MDM Electronics Private Limited, which further raised suspicion of a possible scam with the Rs 251 smartphone. Starting from the launch of Freedom 251, the company has married into controversies as it was failed to deliver the product to the users who pre-booked the device. Coming to the device, it was already alleged to be a revamped version of an Adcom device.