Five colour variants and a wood back version of the phone will be sold in India with a starting price of Rs 23,999.

Flipkart is all set to launch Motorola Moto X in India today. Five colour variants and a wood back version of the phone will be sold in India with a starting price of Rs 23,999. However, only black and white version will be initially available, starting tomorrow. The rest of the variants will be on preorder and delivered in the 2nd week of April. Also note that Flipkart has announced that it will only sell the 16 GB model of Moto X and not the 32 GB version.

“We’ll be selling five colour variants priced at Rs 23,999. The wood back versions will be priced at Rs 25,999,” Flipkart said on its Twitter account. 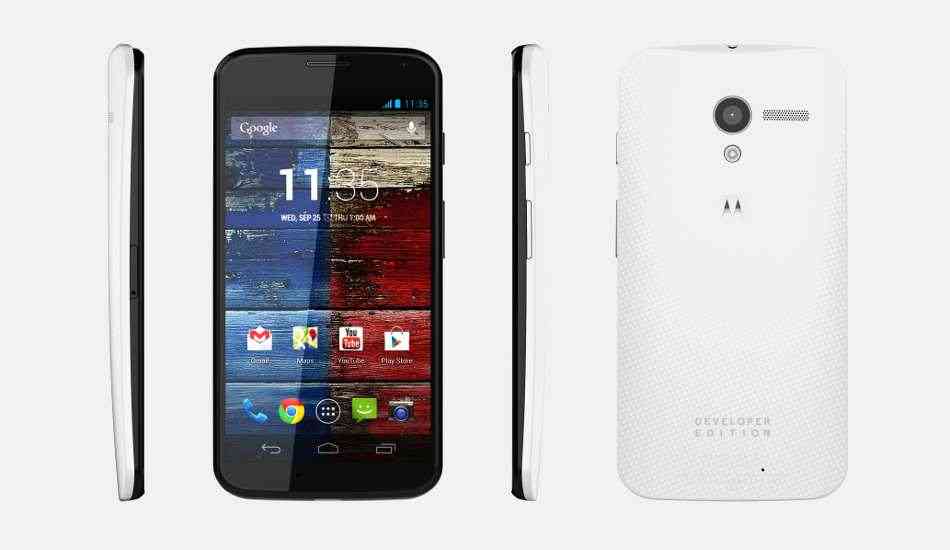 There is no Radio chip on this device but one can easily enjoy streaming music or videos using the Dual-band WiFi network support. Moto X has recently got the Android 4.4 Kitkat update. Motorola has packed a 2200 mAh battery in the phone.