The discounts are applicable on the latest smartphones including the recently launched Honor 7 and others like Honor 6 Plus, Honor 6, Honor Holly, Honor 4X, Honor 4C and Honor Bee smartphones.

The discounts are applicable on the latest smartphones including the recently launched Honor 7 and others like Honor 6 Plus, Honor 6, Honor Holly, Honor 4X, Honor 4C and Honor Bee smartphones (see image below). 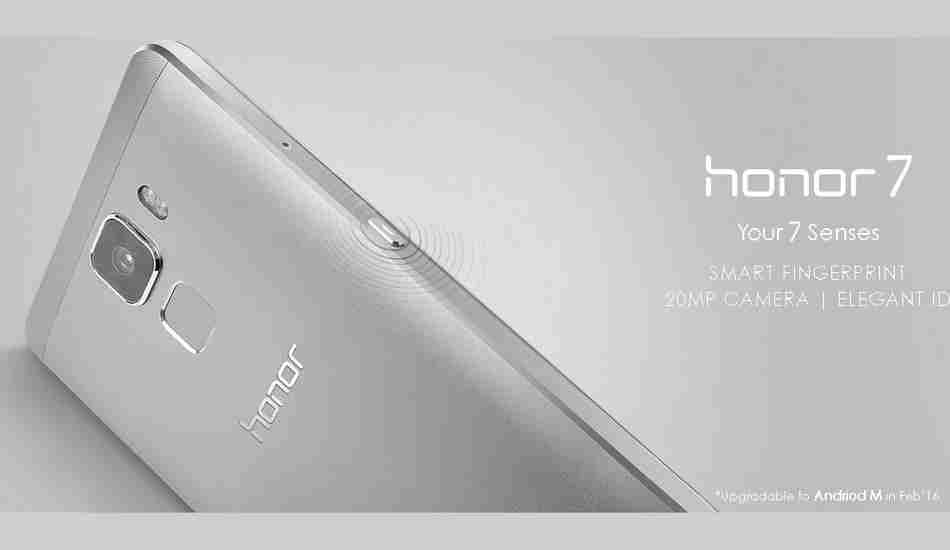 The company is also extending offers of up to Rs 14,000 from its associated Honor league partners like Hungama, Freecharge, Coupon Duniya, Yatra and Cliques. To avail the offer from the League partners, the users simply have to install the applications from Google Play Store on their Honor smartphone.

Meanwhile, as was announced earlier, the Honor 7 will be available from 15th October on Flipkart. Available in two colors, Mystery Gray and Fantasy Silver, the Honor 7 comes in a full metallic body which is air-brushed with a ceramic coating, offering a premium finish. The device has a 5.2-inch display with full high definition resolution and it comes preinstalled with Android 5.0 Lollipop operating system with Huawei’s Emotion 3.1 user interface on top of it. Huawei has also announced to roll out the Android 6.0 Marshmallow for the Honor 7 in 2016 (the beta mode will come in January while the stable version will be rolled out in February).

The Honor 7 has the Kirin 935 chipset that has a 64-bit octa core processor with maximum clock speed of 2.2GHz. Plus it has 3GB RAM and comes in 16 GB and 64 GB internal storage variants. Both the variants have an expandable storage slot of 128 GB capacity.

The Honor 7 has Huawei’s Signal+ technology and a smart dual-antenna design which as per the company “allows for the networks with stronger signals to be found at 80-times the average speed of similar devices”.

The Huawei Honor 7 has 20 megapixel rear camera with f/2.0 aperture and Sony sensor. As per the company, this camera has 0.1 second autofocus ability. For selfies, it offers an 8 megapixel front snapper.

The phone comes with a nano SIM card slot and has Bluetooth 4.1, WiFi (b/g/n), GPS with A-GPS and GLONASS, OTG and micro USB 2.0 port. The Honor 7 also comes with SOS feature and a fingerprint sensor.