Five upcoming smartphones to watch out for

If you are looking for a new smartphone to buy, just hold on your horses and do consider the number of device that are expected to launch by October. Speaking specifically for Indian market, there are about five devices that are destined to arrive in coming weeks. 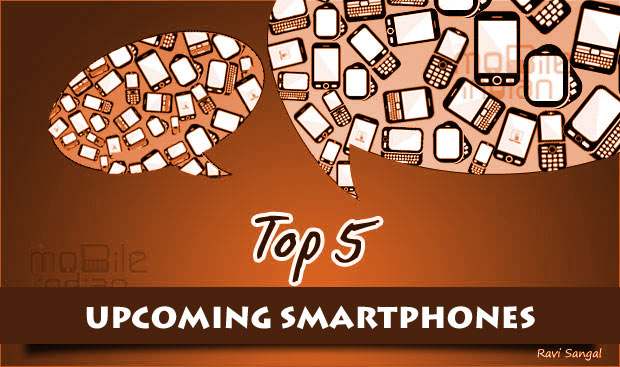 We shall get to see an affordable quad-core smartphone along and also two 5-inch display bearing devices. Most importantly, there will be a majority of the Android 4.0 ICS running smartphones in the market. Here is the list of smartphones expected to launch in coming few weeks from now.

Nokia has promised to introduce yet another high-end Windows Phone 7.5 based device – Lumia 900, in India. Earlier this month, Nokia announced to launch the Lumia 900 Dark Knight Edition which will be a 3G network support version and not a 4G LTE version for India.

The Lumia 900 has the same Lumia 800 styling and design but will differ in terms of dimensions as well as weight. Lumia 900 features 4.3-inch Amoled capacitive ClearBlack (480×800) display with 217 pixel per inch density. This display gets some strength from the Corning Gorilla Glass display. 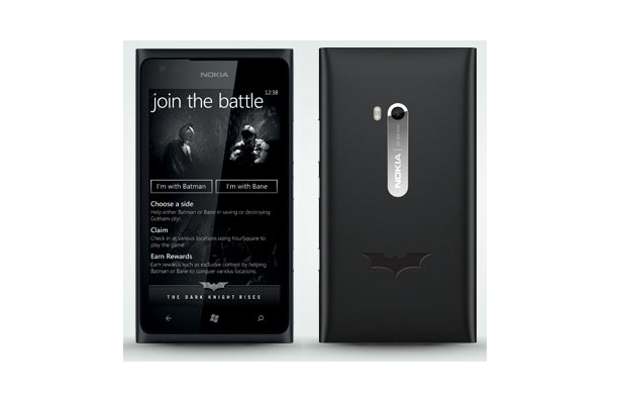 At the back lies an 8 megapixel camera with LED flash as well as f/2.2 aperture, capable of recording 720p HD videos as well. There’s also a 0.9 megapixel front facing camera capable of video chat. For greater sound output, this phone incorporates Dolby Digital Plus technology and has active noise cancellation. Packing a 1830 mAh battery this smartphone is expected to be available sometime in September.

LG has recently announced its new Optimus line up in India and the latest entrants were the Optimus 4X HD and mid-range Optimus L5. However, the company also plans to introduce the 5-inch touchscreen display bearing smartphone-tablet hybrid – the Optimus Vu. This smartphone-tablet hybrid is the direct rival of the Samsung Galaxy Note but is going to step in way too late in India.

Under the 8.5-mm think chassis, this hybrid device will house a dual-core 1.5 GHz Qualcomm Snapdragon APQ8060 mobile processor along with 1 GB RAM. The Optimus Vu will feature a 5-inch touchscreen IPS display that supports 1024×768 pixel resolution natively. At the back, there is an 8 megapixel camera with LED Flash and capable of recording full HD videos. Meanwhile a front facing 1.3 megapixel camera promises good quality video calling and chat. 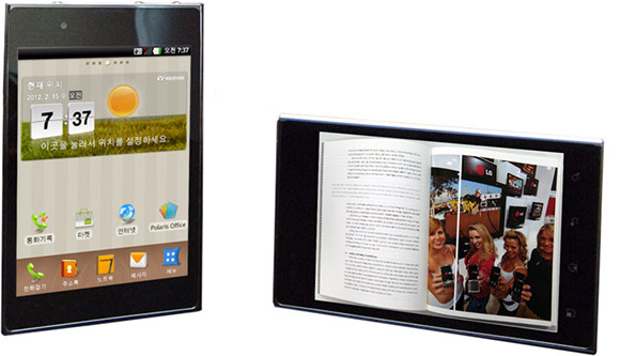 By default the Optimus Vu will come with Android 2.3.5 Gingerbread with Optimus user interface running on it. LG plans to release the Android 4.0 ICS update for this hybrid some time later this year. The Optimus Vu might feature Near Field Communication, usable with the LG Tags. Other features include the WiFi Direct, e-Compass, GPS with A-GPS, Bluetooth 3.0, and USB 2.0 micro USB port.

Packing an 2080 mAh battery, the Optimus Vu certainly looks like a great device but the pricing will be decide its fate against the Samsung Galaxy Note now being made available for Rs 30,000 approximately. However, the company plans to announce the Optimus Vu 2 sometime in August this year which might puzzle the consumers on which device to go for.

Huawei has big plans to create a bang in the Indian market with its slimmest Android 4.0 Ice Cream Sandwich bearing handset in India. The Huawei Ascend P1 will feature a 4.3-inch touchscreen display with 960×540 pixel resolution for better visual richness and crisper text. This smartphone will house a dual-core 1.5 GHz Texas Instrument OMAP 4460 mobile processor with 1 GB RAM. For storage, it will offer mere 4 GB space onboard but with expandable memory card slot. 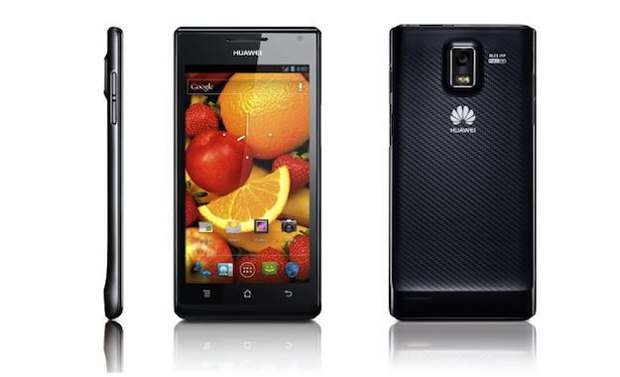 Huawei will offer the Ascend P1 with Android 4.0.3 Ice Cream Sandwich update which is indeed great. By default, this device will have PowerVR SGX 540 graphics chip which was also used in the Samsung Nexus S. At the back lies a dual-LED flash bearing 8 megapixel camera that can be used to capture high quality images and record full HD videos. There’s also a 1.3 megapixel camera capable of supporting 720p HD video chat. Housing a 1800 mAh battery, this smartphone does look promising if it is priced appropriately.

Huawei is working on its first quad-core smartphone that will feature the company’s own quad-core mobile processor. Flaunting a 4.5-inch touchscreen display, this smartphone supports 1280×720 pixel resolution natively. Measuring just about 9.3mm thick, the Ascend D Quad smartphone will weigh about 132 grams. 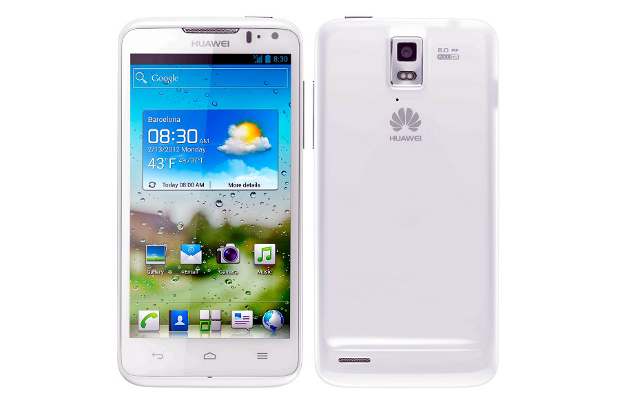 The Ascend D Quad will house the company’s own quad-core Huawei K3V2 HiSilicon Hi3620 mobile processor with 1 GB RAM and 8 GB onboard storage. As of now, there are no details on the graphics chip used for this smartphone. Huawei will offer Android 4.0.3 Ice Cream Sandwich update for this device. This smartphone has an 8 megapixel camera at the back with LED Flash and will be good enough to record full HD videos at 30 frames per second.

There is a 1.3 megapixel front facing camera for video chats and video calling too. Huawei will add Bluetooth 3.0, WiFi, GPS and other sensors. We have strong feeling about this phone to fall in comparatively affordable category.

Spice had delayed the availability of the Mi-500 Stellar Horizon smartphone for the Indian market. Thankfully, we managed to get a closer look to this promising device and you can check our first impressions over here. 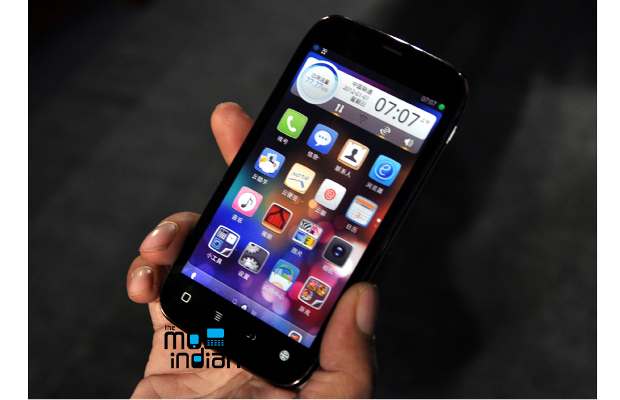 The Stellar Horizon is basically a competitor to the Samsung Galaxy Note. It features a 5-inch touchscreen display but comes with 480×800 pixel resolution. Not that it looks bad but certainly nowhere close to the 720p HD resolution supporting Galaxy Note.

The Spice Mi-500 Stellar Horizon is a dual-SIM handset with dual-standby feature. At the rear, it features a 5 megapixel camera with auto focus and LED flash. In the front there is a 0.3 megapixel camera for video calling and chats.

Under the chassis lies dual-core 1 GHz Qualcomm Snapdragon mobile processors coupled with 512 MB RAM. Though it offers mere 4 GB on-board storage, there is a memory card slot and one can add up to 32 GB onboard storage. For longer run time, this smartphone comes with a 2150 mAH battery which we expect to give a decent battery life.