Nokia’s cheapest Windows phone offering the Nokia Lumia 610 has been finally revealed for the Indian and will be available to users from today. The Lumia 610 is a device for those who do not wish to spend much for a Windows Phone device but do not want to compromise on the features and functionality as well. 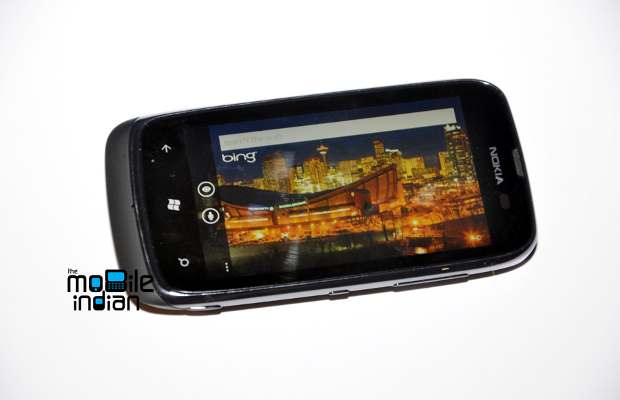 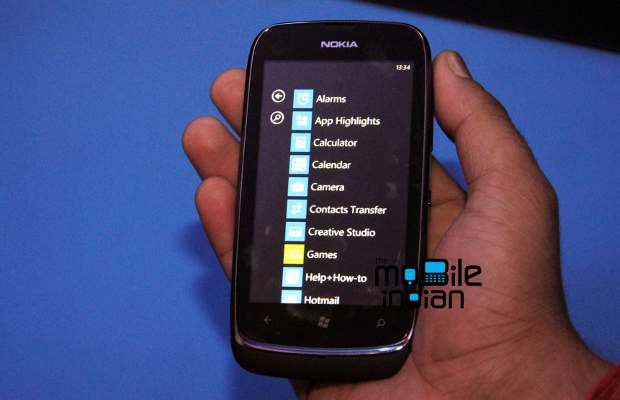 The Nokia Lumia 610 was unveiled at an event in Delhi, while the device sounds great and appealing for the masses we got a chance to go hands on with this new and exciting device.

The Nokia 610 is an effort by Nokia to offer its customers an affordable Lumia smartphone. The Nokia Lumia 610 comes at an exciting price point of Rs 12,999. 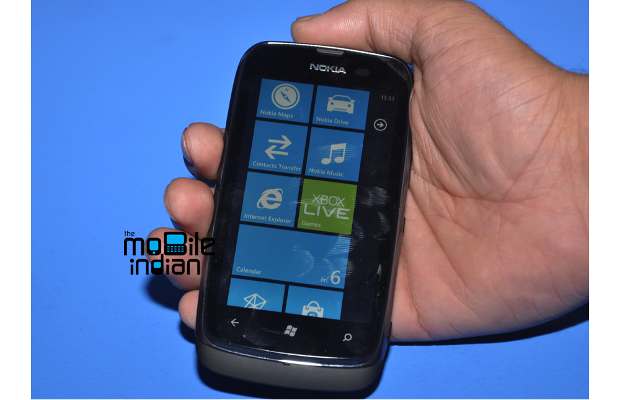 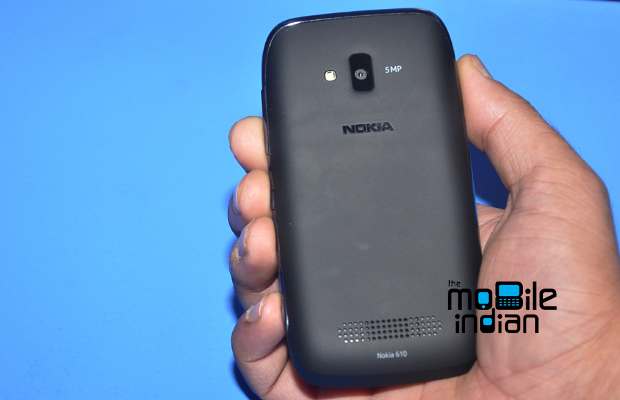 Although not exactly in the budget range (sub Rs 10,000) but still the Nokia 610 is the cheapest Window Phone device available in the market.

The Nokia Lumia 610 right out of the box looks like a pretty solid device and comparing to other budget Smartphone options out there, we must appreciate Nokia designers for doing a great job for designing the Nokia Lumia 610. 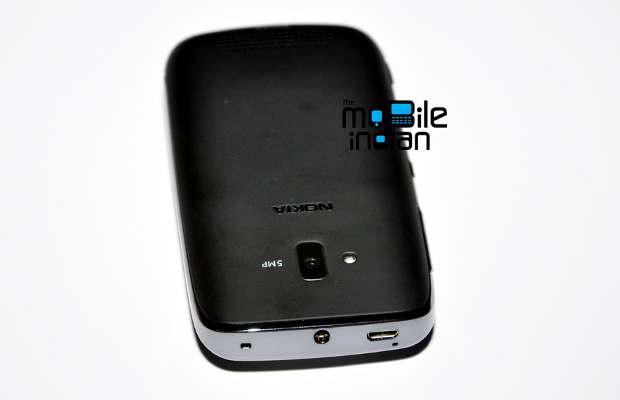 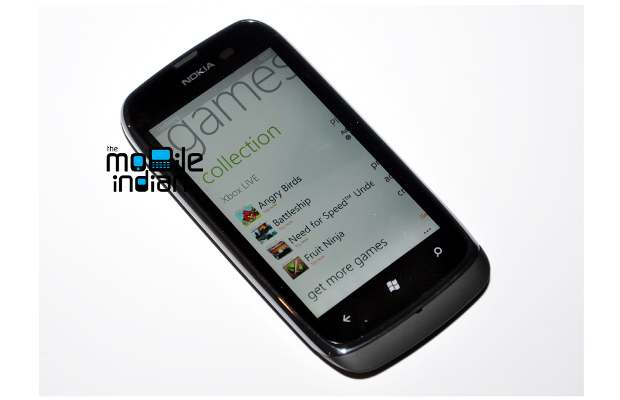 The device comes in an array of funky and exiting colors that will pep up anybody’s mood and is a refreshing break from the monotony of boxy and black colored smartphones. The design of the device is very much based on the design of the Nokia Lumia 710 but is sleeker and smarter looking.

It feels really good holding the device and certainly draws a lot of attention with its glossy front and chrome trimming, while the matte back finish aids gripping and scratch protection too. 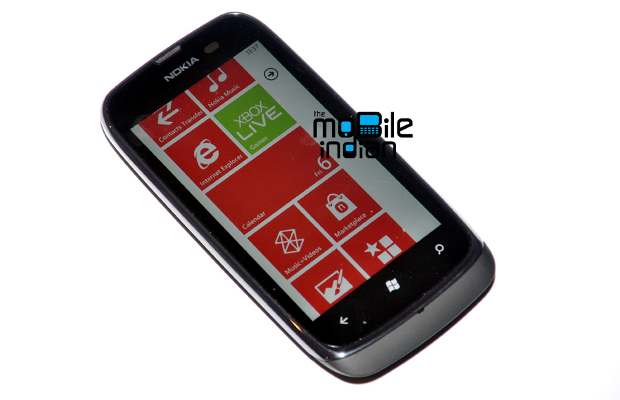 The Nokia Lumia 610 with a 3.7 inch display and looks impressive. The display has a native resolution of 480 X800 pixels. The most amazing characteristic of this device is its 252 PPI pixel density which makes the visuals look crisp and there is hardly any pixilation visible to the naked eye, plus it has the same display as used on the Lumia 800 and does a great job.

The display reproduces bright and vibrant visuals that complement the live tiles or the Metro user interface of the Windows 7.5 mango in every sense. 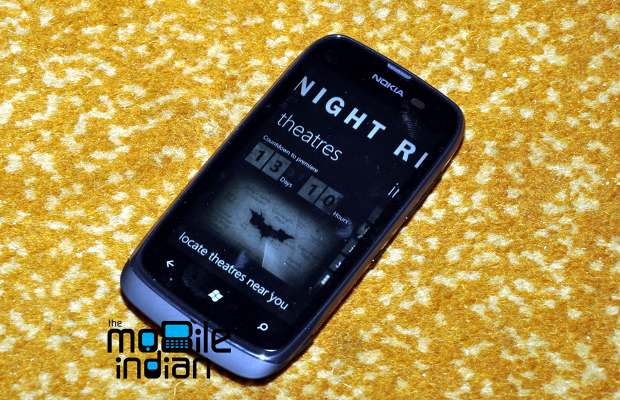 The device itself is compact and sleek and with a 12 mm thickness this surely beats the Lumia 800 in the slimness factor although by only 0.1 mm.

Nokia Lumia 610 is a great device for using online audio streaming application called the Nokia Music Mix that offers users with song streaming and a ton of personalization features. 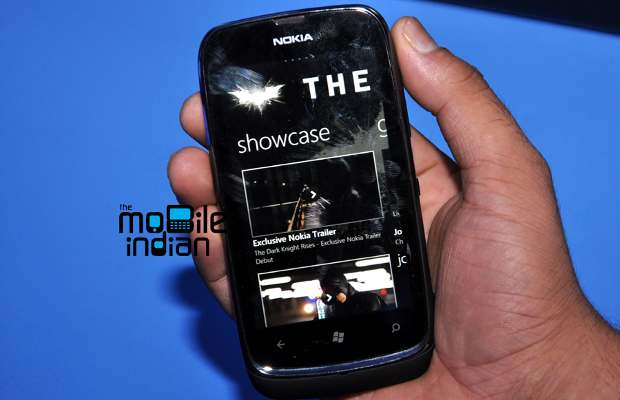 Along with that Nokia drive’s updated version with traffic information has also been included in the Lumia 610 and will definitely is a great addition for explorers and even the city drivers too.

To lower the cost of Lumia 610, Nokia has reduced the hardware specifications of the device. The device features an 800 MHz processor to power the Windows Phone Mango 7.5 coupled with a 256 MB of RAM to keep things working. 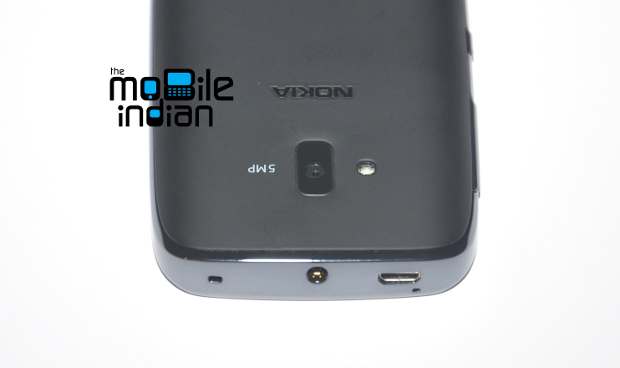 256 MB RAM is the bare minimum for the operating system but optimizations on the part of OS and applications has been carried out to keep things in motion.

The device makes use of the native Windows User interface including the live tiles. The device handles really well and smoothly. 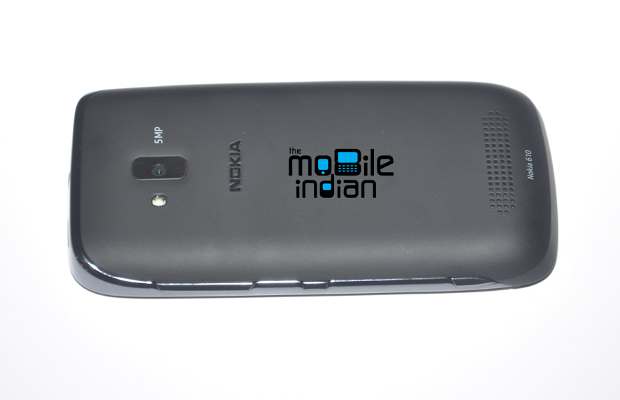 The device in terms of multimedia gets a 5 megapixel snapper with a LED flash capable of recording VGA resolution videos as well. The device also gets an 8 GB of onboard memory but no external memory slots.

The device has been made with a lot of emphasis on its looks and that is why its looks great. But overall the device is good but bit overpriced as far as the expectations go. The device would definitely be a great seller if it had been priced within the Rs 10,000 to Rs 12,000 range. 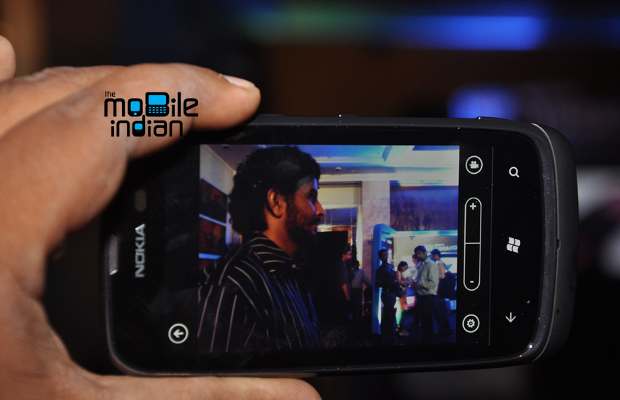 Nokia 710 retailing for around Rs 15,000 becomes its competitor and not to forget the Samsung Omnia as well.

Nokia’s latest partnership with the Dark Knight Rises movie will also be seen in the Lumia 610 with the dark knight application being provided in the device along with exclusive media access to the users too. 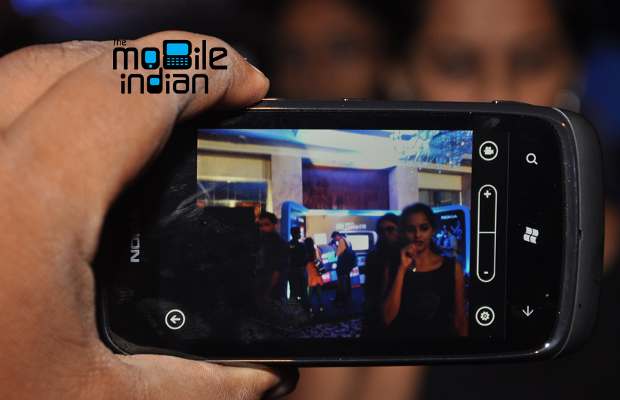 Well this is just what the tip of the ice berg look like form here we will be back with a more detailed review of the Nokia Lumia 610 device soon enough till then stay tuned.