The special feature in this phone is that its 5 megapixel front camera has flash support. Other than that it has a 13 megapixel rear camera with dual LED flash.

Yesterday, Karbonn officially launched its new flaghship smartphone, named Titanium X, for Rs 18,490. It seems like the latest flagship smartphone from Karbonn is directly pitted against Micromax Canvas Turbo. Here is our first impression of the device.

The Karbonn Titanium X comes with a 5 inch capacitive touchscreen with full HD resolution. It is powered by a 1.5 GHz quad core processor and has 1 GB RAM. It runs on Android 4.2 Jelly Bean operating system and has 16 GB built-in storage. There is a 32 GB micro SD expandable memory slot as well. 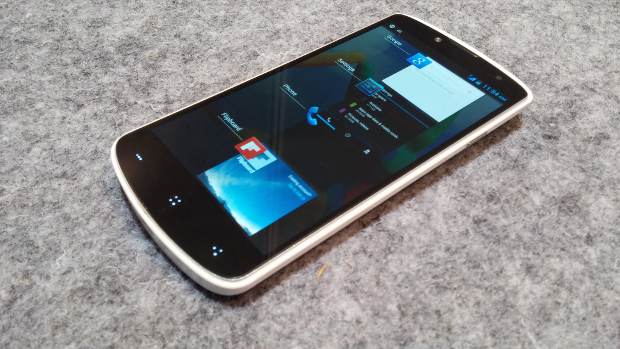 Titanium X has a 13 megapixel auto focus rear camera with dual flash and a 5 megapixel front camera. There is a flash in the front as well to help the camera take pictures in low light-a first on any smartphone. On the battery front it is powered by a 2300 mAh unit.

Karbonn Titanium X has a neat and simple design-nothing eye catching though. It has a unibody, which means it does not have a removable back panel. The body is made of good quality plastic and feels solid in the hand.

Titanium X comes with a 5 inch display with HD resolution (1080 x1920 pixel). It has a One Glass Screen (OGS,) which is said to increase screen durability and IPS display viewing angles. 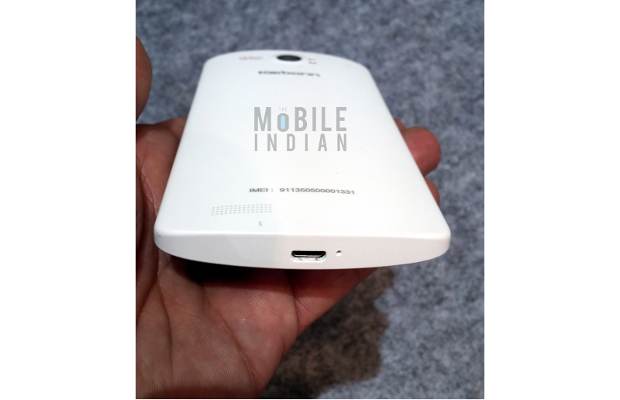 Colour reproduction on the device was quite good and there was no strain to the eyes while watching pictures.

The Karbonn smartphone comes armed with a 1.5 GHz quad core processor, which is pretty standard in the price bracket of Rs 15,000 to Rs 20,000. Karbonn Titanium X has 1 GB RAM, which is decent but it would have been better if it had had 2 GB RAM, as flagship products of other Indian and Chinese brands do. 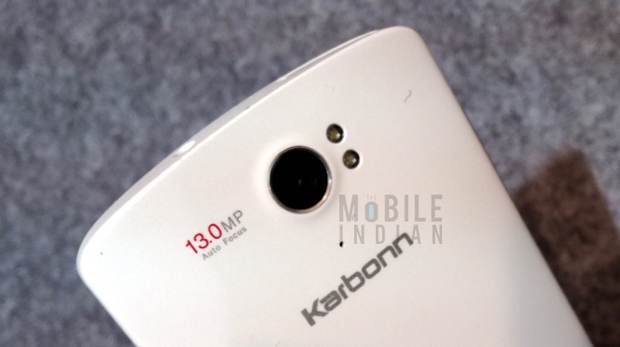 In the brief time we spent with the device, we found that response to touch was a bit slow while scrolling apps and while playing the Subway Surfer game. At this moment we will not give any verdict about performance, as we have not reviewed the device.

Karbonn Titanium X runs on Android v4.2 Jelly Bean and a spokesperson of the company said KitKat update will be provided to the device by around February next year. 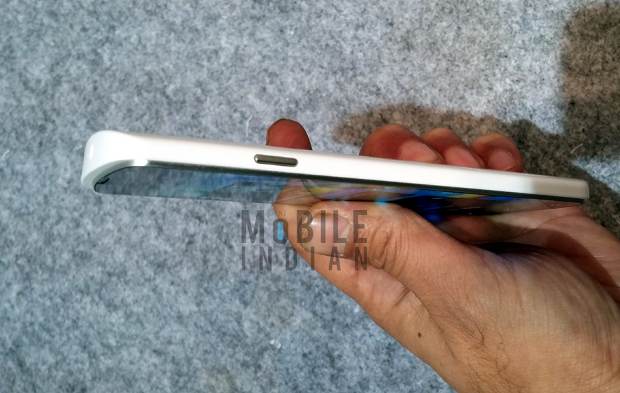 The Titanium X has 16 GB of internal storage, which can be expanded to 32 GB using a micro SD card. Most users will love this feature as they won’t have to worry about storing data, pictures or even music files on this phone.

The special feature in this phone is that its 5 megapixel front camera has flash support. Other than that it has a 13 megapixel rear camera with dual-LED flash. 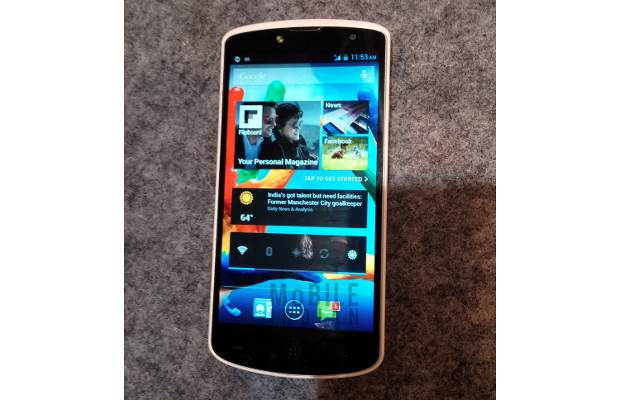 We were not able to check picture quality of either camera but we expect it to be good. Keep reading The Mobile Indian for more information on the picture quality when we do a complete review of the device.

Karbonn Titanium X looks decent with NFC, which is a futuristic technology as of now in India, but at the end performance matters the most and since we have not done a full-fledged review of the smartphone we will hold back our verdict.