It is a stripped down version of the Galaxy Note 3 but is priced very close to the same.

Samsung has just released another Note series phablet, called as Note 3 Neo. It is priced at around Rs 40,000 and will be made available in the Indian market by end of this month. 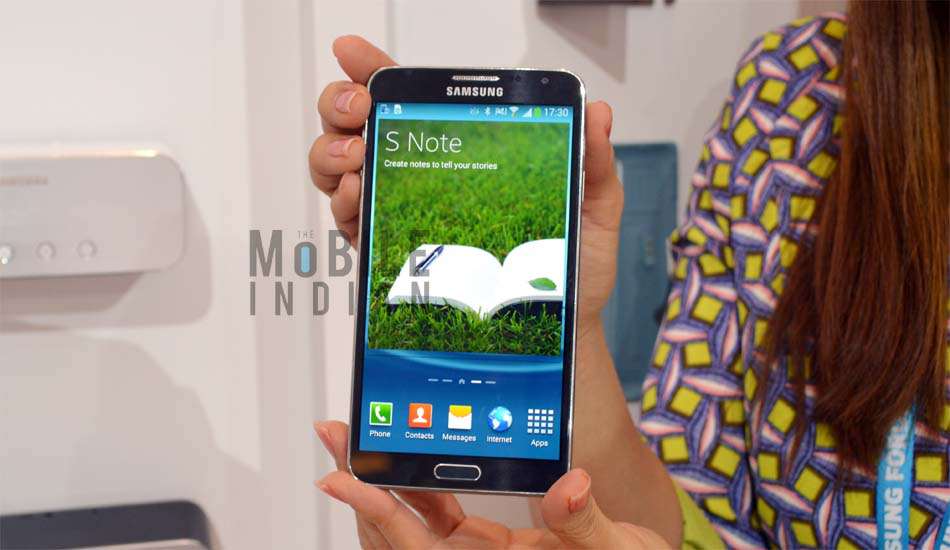 At the Samsung Forum 2014 in Bali we spent some time with the device and here is our first impression about Samsung Note 3 Neo that has a 5.5 inch HD display against the 5.7 inch full HD touchscreen of Note 3. Besides, the Note 3 Neo has 2 GB RAM, 8 megapixel rear camera and a 3100 mAh battery.

Samsung Galaxy Note 3 Neo is slightly smaller as compared to Note 3 that makes it comparatively easier to handle and carry. Like Note 3, the new handset also has a faux leather rear panel. The rear panel looks good and provides a good grip. Like in other Note devices, it too has a S Pen stylus and a groove that holds it. The sides of Note 3 Neo are barricaded with metal strip for extra protection and enhanced looks. It has a removable back panel that gives access to removable battery, SIM slots and micro SD card slot.

In a nutshell, I would like to say that the Note 3 Neo design is just a replica of old Note 3 but it anyway looks quite decent.

Samsung Note 3 Neo’s 5.5 inch display has 720×1280 pixels resolution. At the price at which it has been launched, the display output quality is not upto the mark. The pictures look pixilated and colours are not that vibrant either.

Samsung Note 3 Neo is powered by the Android 4.3 Jelly Bean operating system and comes loaded with Samsung’s TouchWiz Nature UX on top of it. 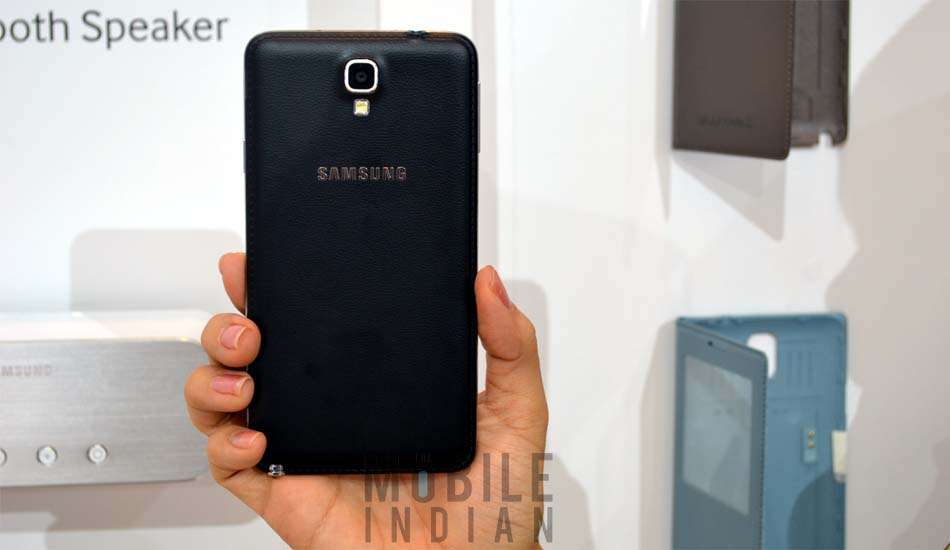 Note 3 comes with the S Pen. The moment you take out the S Pen, a notification comes up at the top telling you what to do. You can switch off this feature to save battery. The S Pen in Note 3 Neo comes with Air Commands – action memo, scrap booker, screen writer, S finder, and pen window – similar to Note 3. Action memo allows you to quickly open the memo page to note down something while the scrap booker lets you capture a page and write anything on that. Another great utility of the S Pen is its handwriting option; just use the S Pen to write on an entry area in your natural style; no need to use the on-screen keyboard.

There are features like smart stay, smart rotation, smart pause, and smart scroll as well, all of which work fine.

Samsung Galaxy Note 3 Neo has a hexa core processor which consists of a 1.7 GHz quad-core cortex A7 CPU and a dual-core 1.3 GHz CPU. It has 2 GB of RAM compared to 3 GB of Note 3 (which is not bad either). It has 16 GB of internal memory, which can be further expanded to 64 GB via a micro SD card. 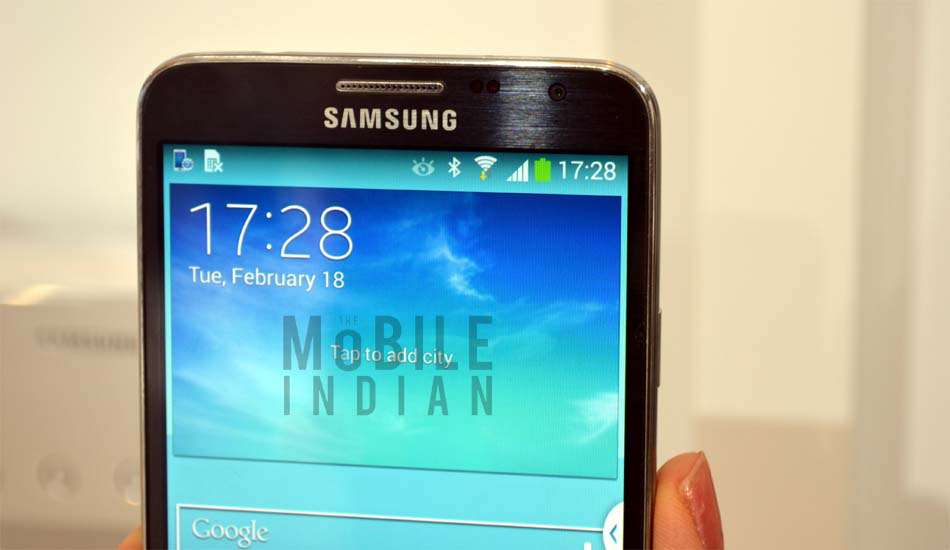 The 8 megapixel camera on the back of the Note 3 Neo has an LED flash underneath it, and there’s also a 1.9 megapixel front-facing shooter for video chatting. In bright lighting condition in which we clicked few photographs, both front and rear camera appeared good but we will reserve our opinion about the camera till we do the review of the device in different conditions. 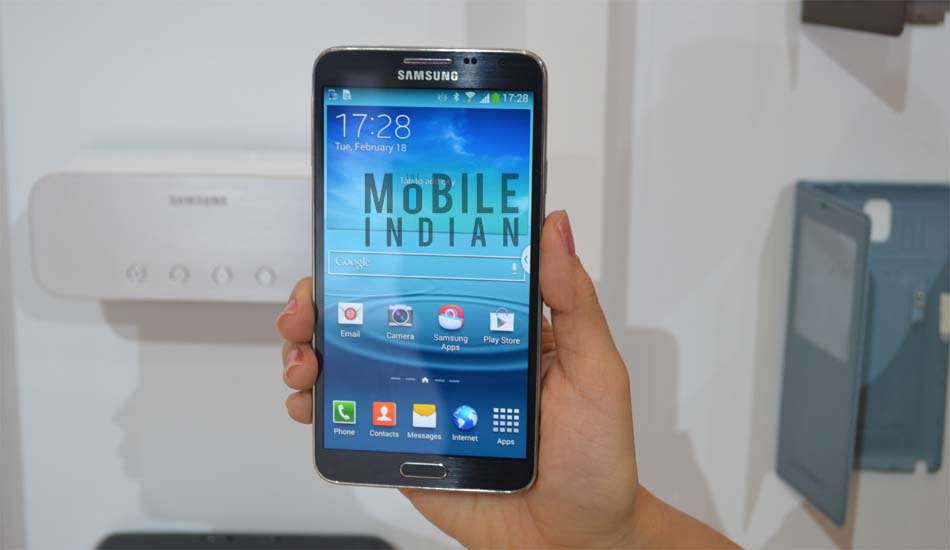 Samsung Galaxy Note 3 Neo has good specifications and is loaded with features that are available on Note 3 but its pricing is on the higher side. Despite being a stripped down version of Note 3, it is priced very close to the same. It is thus will be cater to a niche audience who are ready to shell out Rs 40,000 for a device.