Face-off: Spice Stellar 526 vs Micromax Canvas HD Plus A190

Not only the processor, the Stellar 526 and Canvas HD Plus have many things in common.

Forget quad core smartphones, now handset manufacturers are launching their hexa core offerings in the budget segment. Two new entrants in this segment are the Stellar 526 of Spice and the Canvas HD Plus of Micromax. 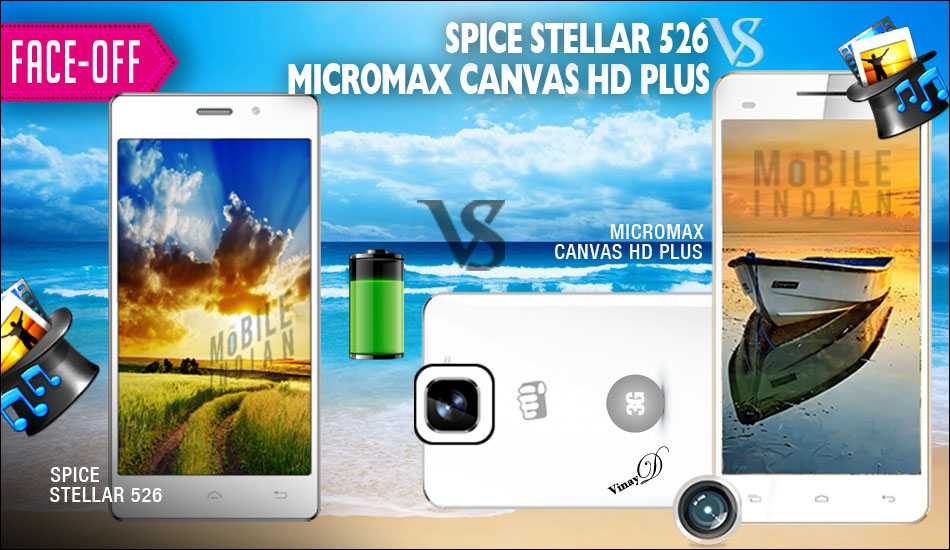 Both the handsets come with 5 inch IPS touchscreen and that too with the same high definition resolution (1280×720 pixels). Though they have the same size screen but Spice Stellar 526 has a bigger battery â€“ 2500 mAh as compared to 2000 mAh of Canvas HD Plus – and hence the Micromax handset is expected to be lighter.

As per Spice, the Stellar 526 measures 143.6×71.7×8.3mm and weighs 162 grams. Micromax has not revealed Canvas HD Plus’s dimension or weight but as I said earlier, it should be lighter than the Spice Stellar 526.

But personally, I would not like to sacrifice an extra bit of battery back up for the sake of a lighter handsets.

As I said earlier, Spice Stellar 526 has a 2500 mAh battery as compared to the 2000 mAh battery of Micromax Canvas HD Plus. Considering that both of them have 5 inch HD IPS touchscreen and the same processor, the Spice handset is expected to offer better batter back up. Spice has unfortunately not revealed the battery back up of Stellar 526. 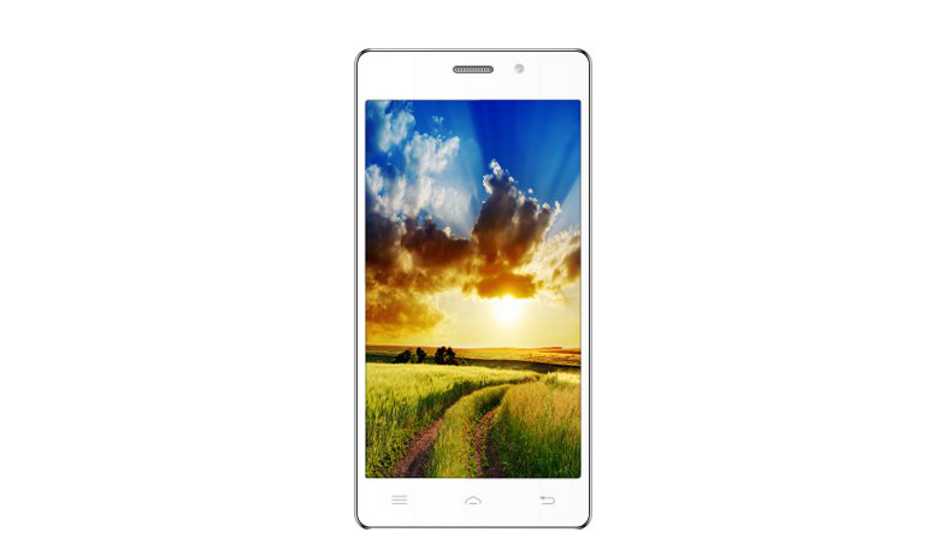 As per Micromax, the Canvas HD Plus’s 2000 mAh battery offers 7 hours of talktime. It has not explained any further.

Both the smartphones come armed with the Android KitKat operating system and the same 1.5 GHz hexa core processor. Both Stellar 526 and Cavnas HD Plus have 1 GB RAM, 8 GB internal memory, as well as 32 GB micro SD card slot.

We thus expect them to offer a similar performance.

The Spice Stellar 526 has an 8 megapixel auto focus camera and an LED flash in its rear while a 3.2 megapixel camera is in its front. It has usual Android camera features like Panorama, Smile Shot, HDR, Continuous shot, digital zoom, and face detection.

The Micromax Canvas HD Plus too has an 8 megapixel auto focus camera unit and an LED flash in its rear while in its front there is a 2 megapixel unit.

Both the Canvas HD Plus as well as the Spice Stellar 526 have two SIM slots, offering 3G connectivity. The Stellar 526 has Bluetooth 4.0, micro USB port, WiFi, WiFi hotspot, USB OTG support, and GPS along with A-GPS. 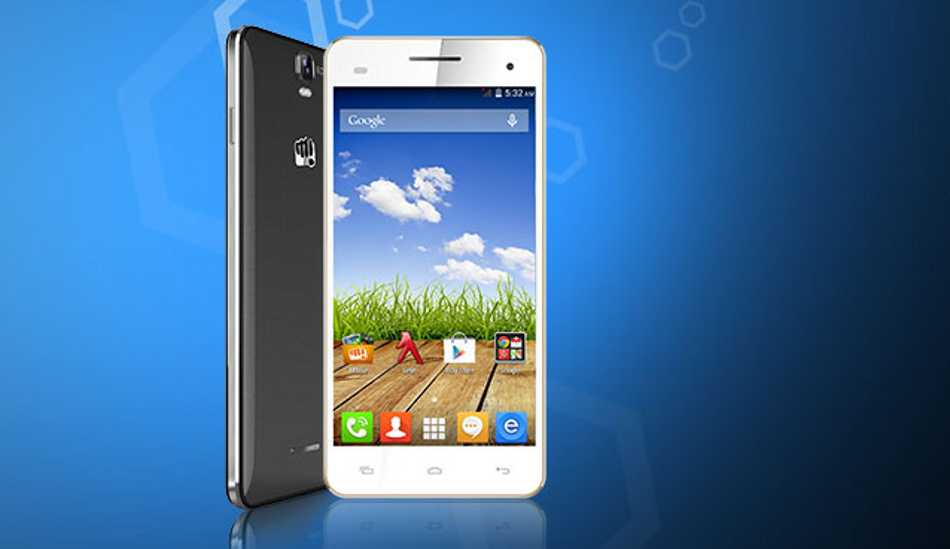 The Canvas HD Plus of Micromax too has WiFi, GPS, micro USB port but it has the older Bluetooth 3.0 version. Also it does not have USB OTG support either.

The Spice Stellar 526 is currently available for Rs 11,499 while the best market price (online) of Micromax Canvas HD Plus A190 is Rs 10,499. Notwithstanding the meagre price difference, it can be safely assumed the Stellar 526 has a bit of advantage over the Micromax handset owing to its bigger battery. An in-depth review is though needed to ascertain their actual ground performance. Till then keep checking The Mobile Indian and don’t forget to write about your opinion below.