Motorola is all set to launch its Moto G smartphone in India tomorrow (Feb 05). Here is a specification comparison of Moto G with the Samsung Galaxy Grand Quattro.

Motorola is all set to launch its Moto G smartphone in India – its first in India since late 2012. The phone has got decent reviews in countries where it has already been launched. Though Motorola has not revealed its price in India, the unlocked version (imported version) of the phone is now available from eBay India for around Rs 17,000. If this indeed would be the price of Motorola Moto G then it would be competing against the Samsung Galaxy Grand Quattro which is selling like hot cakes in the country. 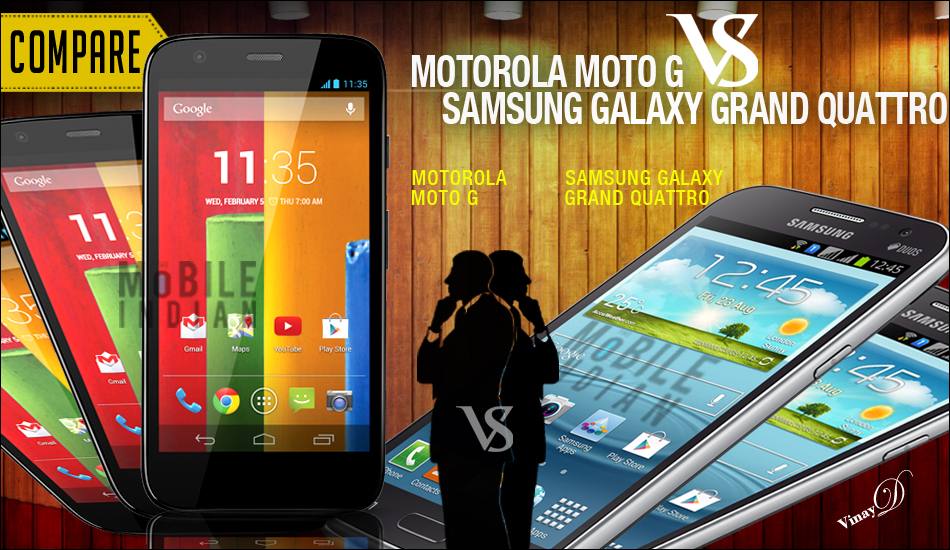 So here we take the opportunity to compare the two handsets on the basis of their features. 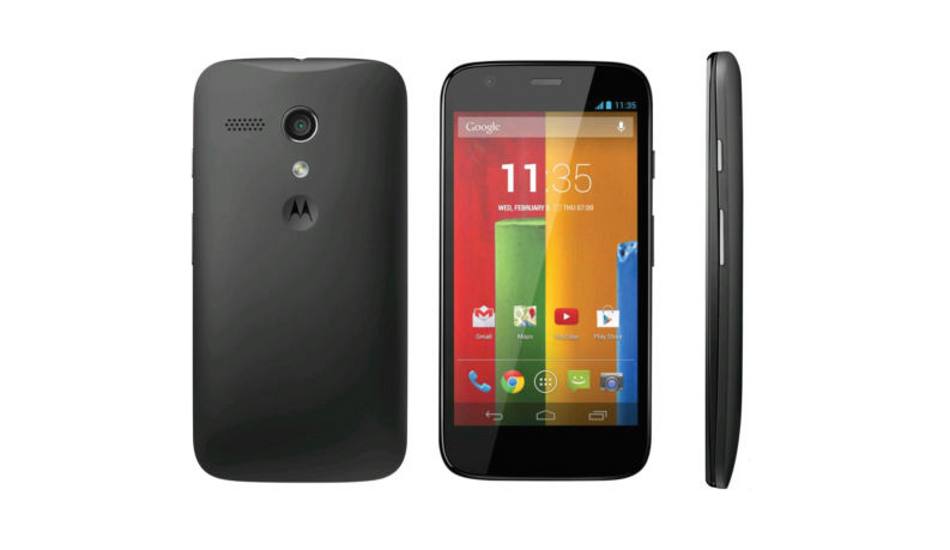 As far as design is concerned, the Moto G also seems to have a higher ground with curvy looks. It also comes with coloured back panels (hopefully it comes bundled with the phone). To be specific, the Moto G is 129.9 mm tall and 65.9 mm wide. Since it has a curvy body, it measures 11.6 mm thick at the middle while measuring 6 mm at the edges.

The Samsung Galaxy Grand Quattro is quite dull as compared to Moto G with its white and black colours. It does not have the faux-leather back panel of Grand 2 either. The phone measures 133.30 x 70.70 x 9.65mm. Both the phones though are quite similar when it comes to weight (Moto G weighs 143 grams versus 143.9 grams of Quattro). 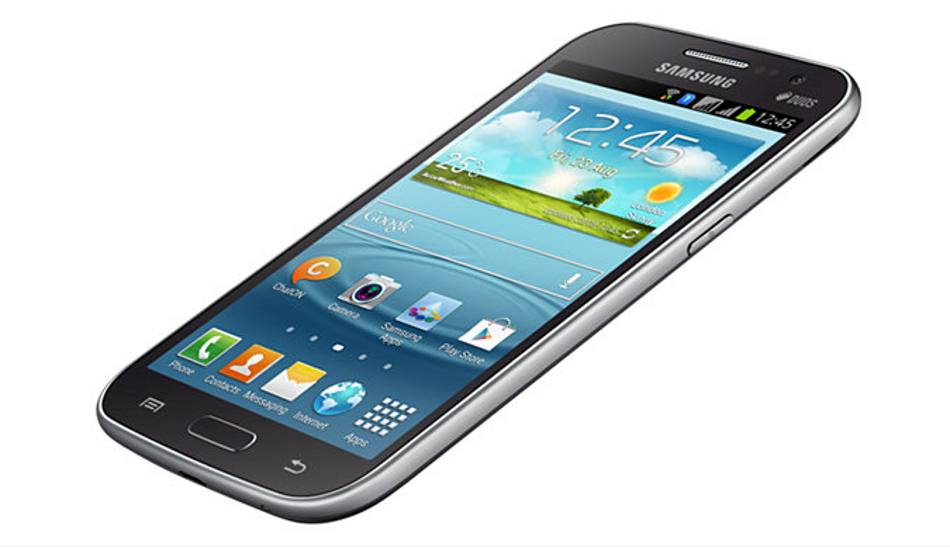 The Samsung Galaxy Grand Quattro also comes with a 5 megapixel auto focus rear camera which is said to be capable of capturing videos at 30 frames per second and has other options like HDR, panorama etc. However, it doesn’t have slow motion video capturing ability. It has also a 0.3 megapixel front camera.

The Motorola Moto G has Android 4.3 Jelly Bean operating system and it is most likely to get the Android KitKat version also. The phone is powered by 1.2 GHz Qualcomm Snapdragon 400 quad core processor. To handle the graphics, there is Adreno 305 GPU in the Moto G. 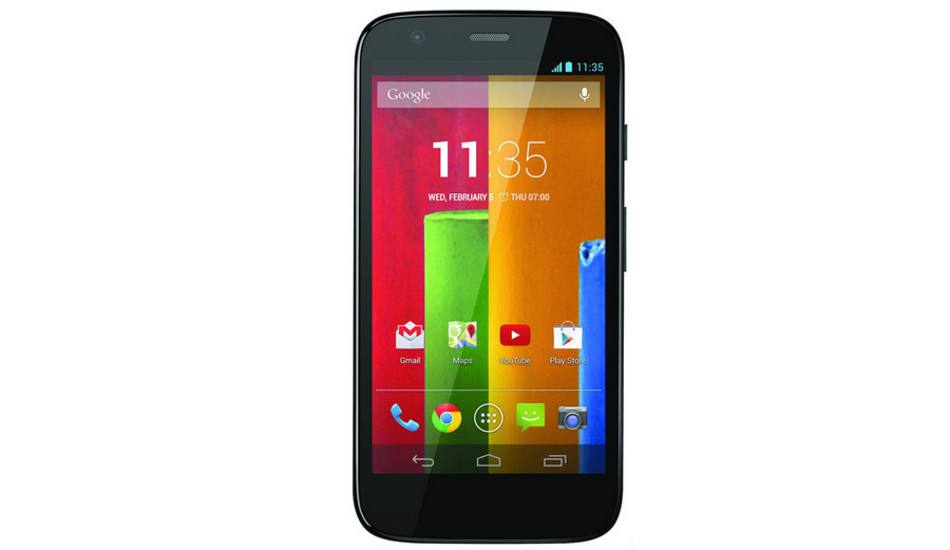 On the other hand, the Samsung Galaxy Grand Quattro has 1.2 GHz Qualcomm Snapdragon 200 quad core processor, Android 4.1.2 Jelly Bean operating system, and Adreno 203 GPU. Both phones though have 1 GB RAM. Note that the Snapdragon 400 is the mid-range mobile processor while the Snapdragon 200 is meant for low-end handsets; thus obviously the former is much more capable than the later.

The Moto G comes in 8 GB and 16 GB internal storage versions. It has no expandable storage slot while the Samsung phone has 8 GB internal memory along with 32 GB micro SD card slot. Both though have 1 GB RAM. 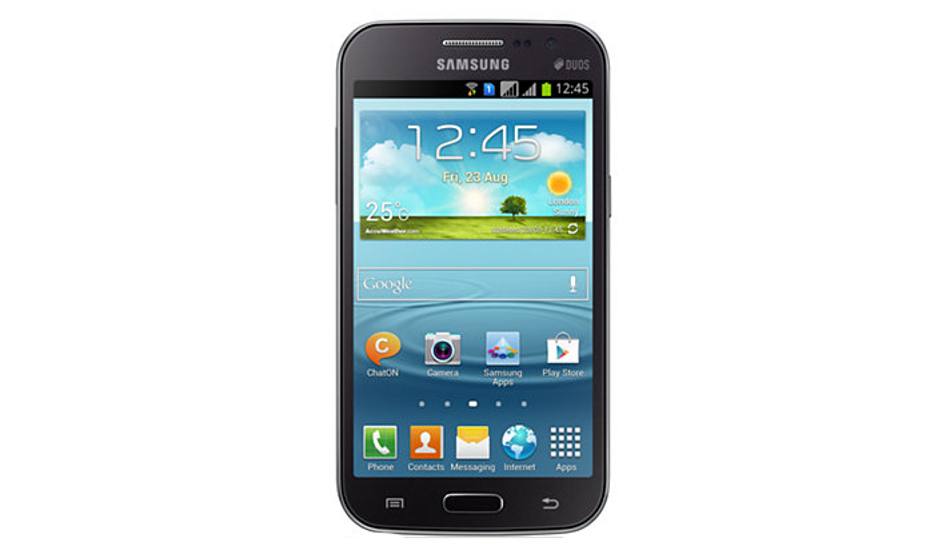 The Moto G has a 2070 mAh Li-Ion battery which claims to provide 24 hours of back up on “mixed usage”. The Grand Quattro has a 2000 mAh battery which said to provide 11 hours of talktime and 210 hours of standby on 3G network.

If priced at around Rs 16,000 or lower, than the Motorola Moto G (16 GB) would definitely be a much better choice than the Samsung Galaxy Grand Quattro, even after its lack of micro SD card slot as it has a much better display and processor. We have thus to wait for Wednesday when Motorola will reveal its price; also then we will get a chance to check its quality in real time.