Exclusive: Tecno Spark Go Plus launching in India on 9 January 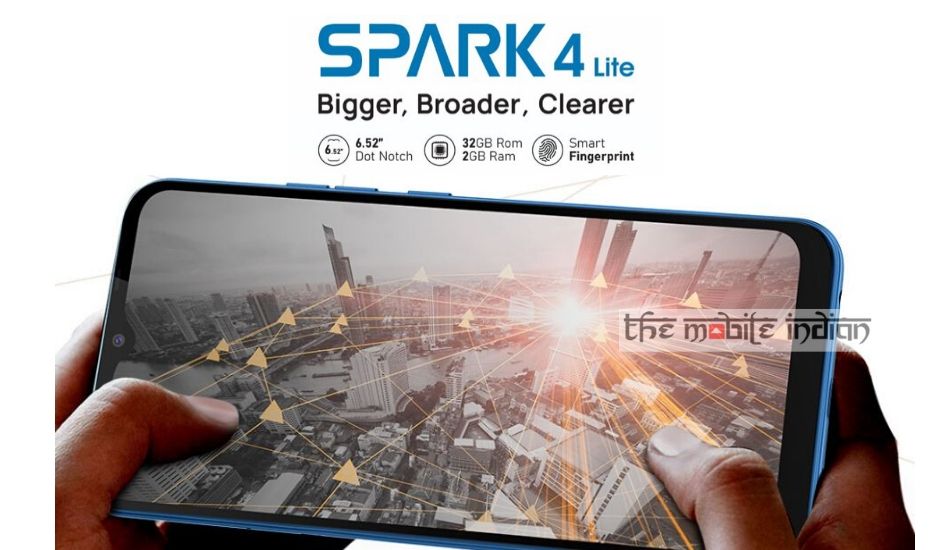 As per teasers, the upcoming smartphone will have a bigger Dot Notch display, rear-mounted fingerprint scanner, Front LED flash, single rear camera module alongside LED flash, Volume Rockers and power button positioning matched exactly with the Tecno Spark 4 Lite. The smartphone is expected to be priced under Rs 7,000 in India.

Jumping straight to specifications, the Tecno Spark Go Plus may have a 6.52-inch Dot Notch display with the screen resolution of 720×1600 pixels and comes powered by a 1.8GHz Quad-Core processor with 2GB RAM. The smartphone comes loaded with 32GB of internal storage and has a rear-mounted fingerprint scanner. It will run on HiOS based on Android 9 Pie and also supports face unlock 2.0. The phone comes packed with a 4000mAh battery.

On the camera front, Spark 4 Lite aka Spark Go Plus will have a single 8MP rear camera setup with Dual LED Flash and on the front, it has another an 8MP selfie camera with Flash. The phone measures 166.8mm x 75.8mm x 8.4mm and sensors include Ambient Light Sensor, Proximity Sensor.

It has a triple rear camera with a 13-megapixel primary sensor, an 8-megapixel wide-angle lens and a 2-megapixel macro lens paired with quad-LED flash. On the front, it features a 13-megapixel selfie lens and comes with all standard connectivity options.