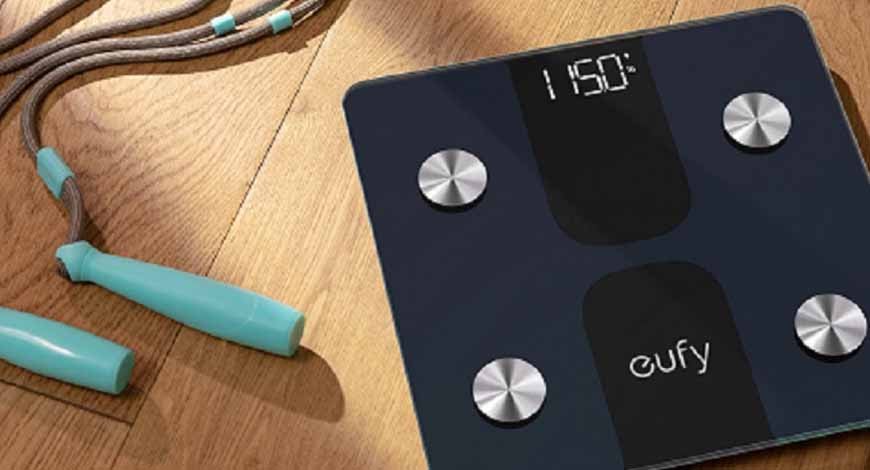 Eufy has announced a Bluetooth enabled ‘Smart Weighing Scale C1′ in India priced at Rs 1,699. It will be available for purchase in India from January 2021 through Flipkart and retail stores. The weighing scale will be offered in black and white colour options and comes with a 15 months warranty.

The smart weighing scale can be connected to the EUFY home app via Bluetooth. The app is available for download on iOS and Android both the platforms. The weighing scale can store up to 100 readings. It comes with 12 types of health measurement data that include weight, body fat, BMI, water, BMR, visceral fat, body fat mass, lean body mass, bone, bone mass, muscle mass and muscle.

Once the connection is established between the app and the weighing scale, the recorded data will be synchronized with the Home app and as per the company, a user can track health stats of upto 16 users from a single account with different users having their own profiles.

The weighing scale has an anti-slip topcoat to ensure stability and rounded corners so that users don’t hurt their bare feet easily, as per Eufy. The weighing scale also supports third party apps such as Apple Health, Google Fit and Fitbit so users can easily track their health related data through different apps.

The smart scale comes with an ITO coating layer on the surface, which Eufy claims is to ensure precise measurements every time a user steps on to the device.

The weighing scale is built with a couple of super sensitive G-Shaped sensors so that one can get more accurate measurements when compared to other types of sensors.